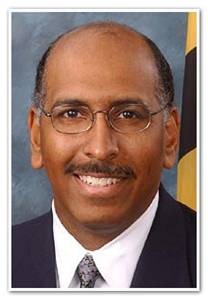 My article from the next issue of the magazine — examining the GOP’s attempt to bring its use of social networking and other web tools into the 21st century — has hit the Internets. The piece suffers somewhat from the fact that it was written before Michael Steele’s well-publicized series of gaffes and stumbles, but I think it still makes some key points.

(1) There is a strong internal contingent in the modern conservative movement that realizes the GOP is way, way behind Obama and the Democrats in terms of using technology to organize, fundraise, message, etc. That contingent wanted a guy named Saul Anuzis to become GOP chair because Anuzis is an early adopter of Twittering and other geek tools. When Steele won the job, he made a smart move in bringing Anuzis on-board; it has become clear that Steele, for all his problems, understands the GOP’s tech deficit and wants to take radical steps to address it.

(2) Even the folks that are tackling this problem on behalf of the conservative movement haven’t seen a lot of success. In fact, their online organization of this tea party thing is probably their most impressive accomplishment to date, and it remains to be seen if they can carry that enthusiam forward after Tax Day. A look at what they’ve done before, from my piece:

Consider R-igg.com, a conservative foil to the wildly popular user-generated social media site Digg.com. Many conservatives feel that Digg users lean left; the idea behind R-igg, explains its 20-year-old creator, Aaron Marks, “was to create an alternative so that people on the right could share their stories in the same way.” R-igg has an attractive layout, but it receives only a couple thousand visitors a month, tops.

R-igg’s failure of emulation is not unique. TheVanguard was supposed to be the Republican MoveOn. QubeTV, Eyeblast, and YouSeeIt are conservative alternatives to YouTube. And Let’s Get This Right is the Republican doppelgänger of MySpace. With the exception of Slatecard, an online fundraising site that is the right-wing version of liberal ActBlue, none has seen much success.

It’s not a sterling track record. But they know it, and they’re working like the Dickens to improve. So nobody get lazy around here.