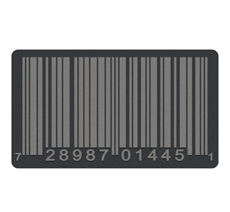 Remember Tiki Tiki Tembo, the story of the unfortunately named Tikki Tikki Tembo-No Sa Rembo-Chari Bari Ruchi-Pip Peri Pembo, the Chinese boy with a name so extensive it was hazardous to the boy’s health?

Well, China’s had it with the unique names. Earlier this month Mother Jones reported on the wacky story of Texas legislator Betty Brown, who recommended that Asians adopt names that are “easier for Americans to deal with.” Now China itself thinks it’s time to simplify its citizens’ names. According to Monday’s New York Times, the People’s Republic of China is upgrading the country’s identity cards; its Public Security Bureau will replace the handwritten one currently used with a new card with color photos and embedded microchips that can be read by a computer. As the article explained:

The bureau’s computers, however, are programmed to read only 32,252 of the roughly 55,000 Chinese characters, according to a 2006 government report. The result is that… some of the 60 million… Chinese with obscure characters in their names cannot get new cards — unless they change their names to something more common.

So people saddled with unusual characters must essentially choose new given names. The trouble is that many parents delight in choosing unique or obscure historical first names for their children, at least in part because the country has so few last names. About 85 percent of Chinese citizens share only 100 surnames.

Like so many things Chinese—industrialization strategy, the one child policy—the name change plan seems rational at first but, given its implications, destructive and tyrannical. While I have to admit I’d find it refreshing to avoid hearing people tell me they’ve decided to give their children essentially made-up names like Kayden and Colton or Aubrey and Sienna, the new China policy is, well, creepy.

Though not quite as baffling as Taiwan’s toilet restaurant.