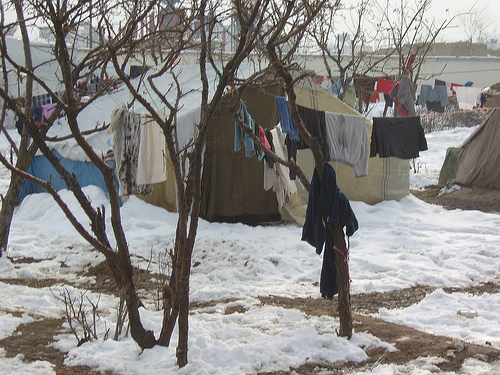 Facebook helped you reconnect with your ex, check up on your favorite band, and join Chesley Sullenberger‘s fan club, and sure, those things are fun. But what about helping the global diaspora of displaced persons figure out where their former neighbors are and what’s become of them? A bit more important, you might say, and the goal of a new social networking site created by German NGO Refugees United. Der Spiegel reports that the site is already available in 23 languages, with developers currently putting together a Bhutanese version to serve the surging number of refugees arriving in the United States from Nepal; Washington recently agreed to take 60,000 of them.

The idea is actually a very simple one. Each year, millions of people are uprooted by war, famine or natural disaster. Escaping catastrophe, though, is not always an orderly process. Families can easily get separated and, once the displaced cross borders, often get sent to widely dispersed destinations. The United Nations High Commissioner for Refugees (UNHCR) estimates that there are over 1.5 million minors who have lost contact with their parents…

The Red Cross system, though — as efficient as it may be — requires refugees to apply for help from a third party. Requests are sent first to Red Cross headquarters in Geneva from where they are then sent to personnel working in the conflict zone in question. Should Refugees United, as the Mikkelsens call their organization, attract enough members, it could provide the displaced with a new way to search — one that they control themselves.

Photo used under a Creative Commons license from tracyhunter.