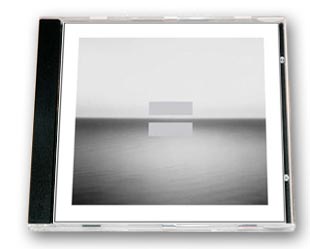 It’s becoming de rigueur: a few weeks before the release of your highly-anticipated new album, post the whole thing to your MySpace page, and hope that discourages early leaks & downloads. [Edit: Oops, they were too late.] Irish combo U2 is the latest to jump on board, posting their upcoming album No Line On the Horizon in its entirety right over here (click on the “playlist” drop-down menu in the player and select the album).

I’ve already said lead single “Get On Your Boots” is kind of a pale imitation of Queens of the Stone Age, so how’s the rest of the album? Well, also kind of aimless, although it’s hard to tell through MySpace’s crappy 96kbps filter. The title track opens the set, and it sounds a little like Coldplay trying to rough things up a little. There’s a standard mid-tempo beat, a big fuzzy guitar, a not-so-memorable chorus, then an unearned epic bridge of big Bono “ohs.” Track two, “Magnificent,” intrigues with its plucky synth opening and wide-open Edge guitar riffs, but that word is embarrassingly cheesy when you sing it. Just try it. “Magniiiii-fi-cent.” Yuck, right? “I was born to sing for you,” claims Bono, but these lazy lyrics make “It’s a beautiful day” seem like Shakespeare.

It’s a little odd to remember that U2 was one of my favorite bands, for a really long time, from October through The Joshua Tree. Rattle and Hum lost me, like it lost everybody, but the redemptive masterpiece Achtung Baby won me back. I look at 2000’s All That You Can’t Leave Behind and 2004’s How to Dismantle an Atomic Bomb as “post-U2” albums, which I judge by an easier standard than the band’s first 20 years, and in that context, they succeed: “Elevation,” “City of Blinding Lights,” and “Beautiful Day” are grand, sweet, pretty pop songs; they dissolve into nothing if you look too closely, so just don’t do that. But even by that generous standard, Horizon fails: it willfully avoids hooks, but its lyrics are ridiculous—”Stop helping God across the road like a little old lady”?—and its riffs crib Led Zeppelin shamelessly. Despite its edgy, minimalist cover art, Horizon makes the same mistakes as Rattle and Hum, aping the bombast and ego of classic rock without the creativity or soul. No wonder Rolling Stone liked it. I will say it ends on a slight “up” note, with a few thoughtful ballads, and it’s like a tiny glimmer of hope: maybe their next album will be another Achtung Baby?