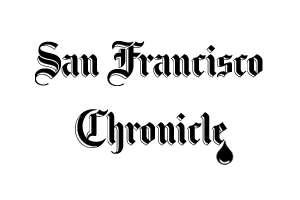 Hearst said today that it may sell, or totally shutter, San Francisco’s main daily newspaper. The San Francisco Chronicle lost $50 million in 2008, and has been losing money consistently since 2001. If the paper cannot recoup losses “within weeks” via job cuts and other measures, Hearst officials said via a statement today, “…we will have no choice but to quickly seek a buyer for the Chronicle or, should a buyer not be found, to shut the newspaper down.” According to Reuters, the Chronicle employs nearly 300 people on its news staff alone, and is the 12th largest daily in the nation.

So what does it mean for San Francisco to lose the Chronicle? For Bay Area folks, there are a number of newspapers that could possibly step up coverage to fill the gap, like the excellent San Jose Mercury News or the Oakland Tribune. Television news crews could conceivably lengthen their broadcasts. So far, all I’ve seen is that one of the of the city’s smaller dailies, the San Francisco Examiner, is hiring. The Examiner also has only half the Chronicle‘s circulation, and is given away free instead of sold. While many San Franciscans have pooh-poohed the Chronicle for its heavy slant toward lightweight stories, surely the Examiner is not what they envisioned as a solution.

More disturbing than the Examiner taking over San Francisco is the idea that liberal, literate, San Francisco might not have a newspaper to call its own. Even Cleveland and La Crosse, Wisconsin, have their own papers. Granted, a Sunday morning in San Francisco will show you as many people reading the New York Times as the Sunday Chronicle, but still, the Chronicle has been there and there really isn’t another paper in town of similar quality or distribution. As much as I’d like to think a major city can survive without a newspaper, I’m not super-excited to try the experiment personally. San Francisco has some of the nation’s most tech-savvy citizens, but are they really ready to get their local news only from virtual sources? If the Chronicle gets shut down within weeks, as seems to be Hearst’s intention, they may have no choice but to find out the hard way.