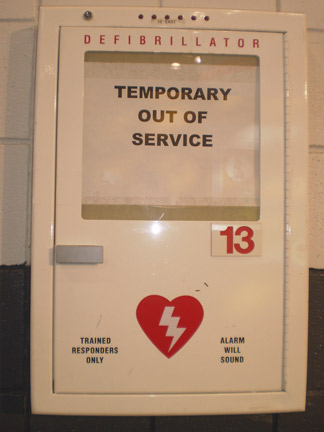 From last year’s outbreak of salmonella-tainted tomatoes, to an internal analysis (PDF) warning the agency can’t adequately regulate new medical devices or protect the safety of the nation’s food supply, all the bad publicity the Food and Drug Administration has earned in the last two years revealed an agency plagued by lack of funding and incompetence.

A report released Wednesday by Project on Government Oversight, a Washington-based watchdog group, adds another item to the list of bad ink for the FDA, this one a product of downright negligence.

According to the report, officials at the Center for Devices and Radiological Health decided not to subject certain devices to the rigorous testing outlined by the Good Laboratory Practice regulation, which ensures the accuracy and integrity of safety data submitted to the FDA. Why? It isn’t quite clear. GLP testing can be costly and lengthy. According to the whistle-blowers (PDF) who contacted POGO, employees were pressured to overlook any false data submitted by device manufacturers who didn’t subject their products to GLP oversight.

An excerpt from one letter sent to POGO by an anonymous FDA staffer:

There is mandatory indoctrination of employees to overlook fraud and omissions in applications. Also incentives (bonuses, outstanding appraisals, and public recognition) reinforce this behavior.

Irresponsible management, supervisors, and team leaders have put corporate interests above public safety and undermine the health and lives of American citizens. The world does not know about the government’s ineptitude in the review of medical and radiological devices.