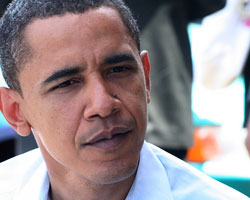 On his first day in office, President Obama put former president Bush on notice. His administration just released an executive order that will make it difficult for Bush to shield his White House records–and those of former Vice President Dick Cheney–from public scrutiny by invoking the doctrine of executive privilege. Shortly after taking office, Bush handed down his own executive order, amending the Presidential Records Act to give current and past presidents, along with their heirs, veto power over the release of presidential records, which are considered the property of the American people.

“[Obama]’s putting former presidents on notice that if you want to continue a claim of executive privilege that [Obama] doesn’t think is well-placed, you’re going to have to go to court,” says Anne Weismann, the chief counsel for Citizens for Ethics and Responsibility in Washington (CREW).

During the campaign, Obama promised to “nullify attempts to make the timely release of presidential records more difficult.” (A transition spokesperson promised Mother Jones essentially the same thing when we asked a few weeks ago.) That was a reference to former president Bush’s infamous Executive Order 13233, which gave current and former presidents and vice presidents, along with their heirs, unprecedented authority to block the disclosure of White House records. But Obama’s taken his campaign promise a step further. While revoking 13233, Obama has also put forth a far stricter interpretation of executive privilege:

[T]he Executive Order on Presidential Records brings those principles [of openness and transparency] to presidential records by giving the American people greater access to these historic documents. This order ends the practice of having others besides the President assert executive privilege for records after an administration ends. Now, only the President will have that power, limiting its potential for abuse. And the order also requires the Attorney General and the White House Counsel to review claims of executive privilege about covered records to make sure those claims are fully warranted by the Constitution.

[Obama]’s basically saying if there’s a dispute, and a former president thinks something should be covered by executive privilege and Obama doesn’t agree, then Obama would direct the Archivist to release it [despite the former president’s claim of privilege]. The only option a former President would have at that point would be to go to court and sue. [Obama]’s set up a process to review these claims which requires the Attorney General and White House Counsel to agree that these claims should be invoked, which indicates that it won’t be either casually invoked or casually defended.

In Obama’s remarks on Wednesday morning, he said that, “Going forward, anytime the American people want to know something that I or a former President wants to withhold, we will have to consult with the Attorney General and the White House Counsel, whose business it is to ensure compliance with the rule of law. Information will not be withheld just because I say so. It will be withheld because a separate authority believes my request is well grounded in the Constitution.” The effect of that particular phrase is enormous, as emphasized by the response of a reader over at Talking Points Memo who works for the Justice Department. “That highlighted phrase has signaled a significant discussion around these parts.” You can be certain that Obama’s early moves to promote government transparency and accountability will be the subject of discussion and debate for a long time to come.