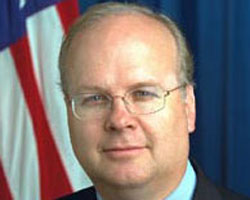 When the new Congress returns to Washington next month, one of the first items of business for Democrats on the House Judiciary Committee may be to subpoena Karl Rove. The move will put the new Obama administration in an unexpectedly dicey situation, as the next attorney general will have to decide whether or not to defend President Bush’s longtime political adviser should he tell the committee to bug off.

That’s what Rove did over the summer after the committee asked him to come up to the Hill to answer questions about any role he might have played in pushing the prosecution of Alabama’s former Democratic governor Don Siegelman. Critics had charged that the prosecution, which resulted in Siegelman’s conviction on bribery charges, had been politically motivated and orchestrated by the White House itself. Rather than answer the committee’s questions, Rove left the country. His lawyer argued that President Bush’s exercise of executive privilege gave Rove “absolute immunity” from ever testifying before Congress.

Unpersuaded, the committee voted to hold Rove in contempt of Congress. But so far, Rove has managed to get away with it. The full House dropped the contempt issue, largely because a federal appellate court had blocked the enforcement of subpoenas of two other White House staffers, former White House Counsel Harriet Miers and Chief of Staff Josh Bolten. The pair had relied on the same imperial declarations of executive privilege that Rove did. And now, all of those subpoenas, including the one issued to Rove, will expire with the end of this Congress, making the issue moot.

That doesn’t mean, however, that Rove and the others are home free. House Judiciary Committee chairman John Conyers (D-Mich.) has said that he has every intention of reissuing the subpoenas in the new Congress, but this time, President Bush will not be around to defend his loyal aides. The new Democratic president may not have much sympathy for his predecessor’s expansive view of executive privilege. But while the incoming Obama administration may have a vested interest in facilitating a public airing of what really went down in the Bush Justice Department, getting Rove and the others up to the Hill isn’t a simple task. “Obama doesn’t have the authority to just waive the privilege,” explains Neil Kinkopf, a Georgia State law professor and a former Justice Department official in the Clinton administration, noting that President Bush will continue to have a say in the matter, however diminished. “The privilege belongs to the president who asserts it,” he says, meaning that Bush can continue to assert executive privilege in an attempt to prevent Rove and Miers from testifying.

The subpoenas will put Obama in an awkward position. While he may have opposed Bush’s view of presidential power as a candidate, it’s not hard to envision a time when Obama himself may see some advantages to shielding Rahm Emmanuel and other of his close advisers from the inquiring minds of Congress. Not only that, but he may fear that refusing to back President Bush could set an unhealthy precedent that he might not want to leave for his successor.

But Obama won’t be able to duck this one. On January 20, his administration will become the de facto defense counsel for Miers and Bolten. The Justice Department has been defending the White House’s executive privilege claims in the lawsuit brought by the House Judiciary Committee against Miers (though Miers and Rove also have retained private attorneys) and Bolten to enforce the subpoenas. The committee had sought Miers’ testimony about the dismissal of US attorneys in 2006 and had asked Bolten to turn over a log explaining which documents the White House was denying the committee as part of that request.

After negotiations with the White House broke down, the committee sued President Bush in federal court to enforce the subpoenas against Miers and Bolten. The commitee argued that Bush’s assertion that anyone who’d ever worked for him was immune from answering questions from Congress, ever, was unprecedented and not supported by any existing case law. In August, the court agreed and ruled that the pair did indeed have to comply with the subpoenas. (The order was stayed on appeal, so the committee never bothered going to court over the newer Rove subpoena.)

The lawsuit against Miers and Bolten would force the courts to eventually decide whether President Bush, or any other president, has the power to keep former staffers like Rove from participating in congressional oversight hearings and for how long. It’s a doozy of an issue, on which the DC Circuit Court of Appeals has thus far decided to punt. The court has been sitting on the case since October. It hasn’t even scheduled arguments, presumably because the subpoenas at the heart of the case will expire on January 3, when a new Congress convenes.

Should Conyers and the Judiciary Committee reissue the subpoenas as threatened, Eric Holder, if confirmed as attorney general, will have to decide whether the new administration wants to defend the old one. Emily Berman, a lawyer with the Brennan Center for Justice who helped draft an amicus brief in the Miers litigation supporting the Judiciary Committee, says that there may be an argument for Obama continuing to defend Miers and Bolten (and by extension Rove). The Obama administration could take the side of the Bush officials because of “some sort of moral position that these people are only in this predicament because of their public service and that they shouldn’t have to incur legal fees as a result.” But she doubts the Obama Justice Department would take that position, especially because at the time of the subpoena, Miers didn’t even work in the White House. Berman says the courts will probably take a dim view of the position that executive privilege has such a broad reach (as they have already), and also notes that the courts have found that the privilege diminishes with time. The longer Bush is out of office, the more likely it becomes that the courts would force Rove to testify. Berman says that Rove and company have simply been trying to run out the clock on the subpoenas to avoid enduring the congressional hot seat. “To win the battle merely by delay doesn’t seem like the way our constitutional system should operate,” she says.