We get a lot of exceptional photo essays submitted each week. It’s hard to pick just one per issue, and even with the expanded outlet of the website, there’s still not enough room for everything worthy that passes across my desk. Between the photo essays that ran in the magazine in 2008, and those that found a home on the Mother Jones website, this was a bang-up year for picture stories here.

That said, below are my five personal favorite MoJo photo essays of 2008. 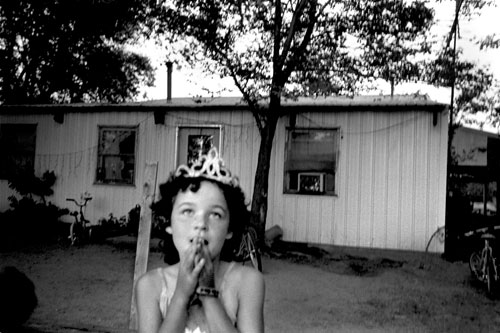 Out of Iowa by Danny Wilcox-Frazier
One of my absolute favorites. Having grown up in the Midwest, I can relate to the photos in a visceral way. Not just the content and subject, but the style, the point of view, the context. The photos have a remarkable, quiet intensity, such a Midwestern trait. It’s fitting that Wilcox-Frazier won the Duke First Book prize for this body of work, even more so that Robert Frank was the judge the year this project won. Look for more work by Wilcox-Frazier here in Mother Jones in the future.

Phone Sex Workers by Phillip Toledano
While the photos themselves are beautiful portraits of usually unseen people, it’s the pairing of the photos with the subjects’ stories that makes this project so riveting. That, and you see what a diverse and really interesting group of people phone sex workers are. On a related note, Jona Frank’s series of portraits, Right, works on almost the opposite principle—focusing on everyday people, college kids you could see anywhere. This particular group of people happen to attend Patrick Henry College, a self-described Evangelical Ivy League school. Many are training for a life in politics, working for Republicans. It’s not a secret world, but a world very foreign to most readers of Mother Jones. It’s good to get to know your neighbors, or your enemies, however you see them. 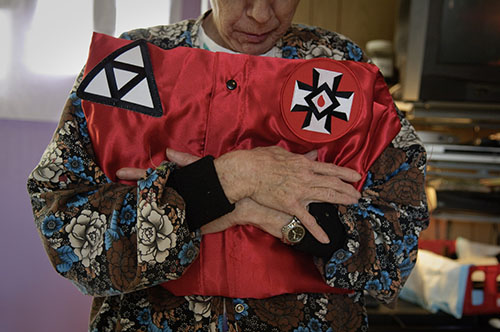 Aryan Outfitters by Anthony Karen
I’m a sucker for photo essays that dig deep, that take the viewer into a slice of life that most people don’t even know exists. Karen’s long-term project on the White Power movement in the United States brought him to the home of Ms. Ruth, a seamstress who makes Ku Klux Klan robes. It’s a simple but absolutely fascinating aspect of a (photo) story that’s been told countless times. Someone has to make the robes, right? It’s almost a Gay Talese-like vignette, a compelling look at somebody who does something very mundane and, on one level, very ordinary. Karen’s complete book on the KKK, Invisible Empire: Ku Klux Klan, will be published by PowerHouse in April 2009. 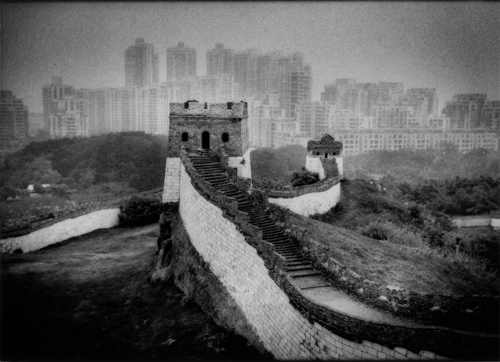 The Last Empire by James Whitlow Delano
When we published Whitlow Delano’s China photos, the world was just about to head into the Olympics, and with that, into a visual overload of all things Chinese. By the time other photographers’ parachutes were just opening and they were spreading out through the country, Whitlow Delano was on his way out, after having spent a number of years there. His photos cut through the clutter and crap giving you a street-level view of the the humble, the absurd, the mundane, and the spectacular. They are gritty, immediate, and sublimely elegant, all at once. His photos of still stand out above most other images that flooded out of China over the past year. 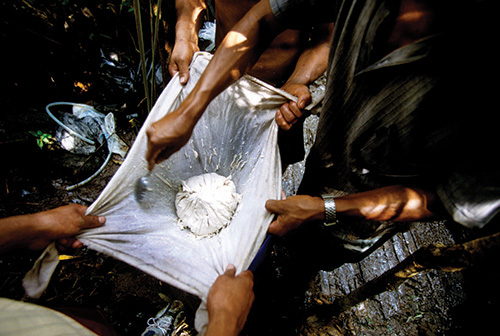 Bolivia’s Cocaine Trade: A Bitter Leaf by Marco Vernaschi
In a still-in-the-works long term project, Italian photographer Marco Vernaschi tackles a big, complicated, and dangerous story. Showing how the domestic troubles of Bolivia’s miners feeds into the cocaine trade, Vernaschi shot in the mountains and jungles of South American, bringing viewers into places few outsiders see. He shows not just protest miners, but their families too. Cocaine producers, as well as the villagers who work for them and the federal officials fighting them. It’s a level of commitment that is not easy to keep up. The result is a rich photo essay that takes us beyond what we’ve seen and farther than what we think we know.