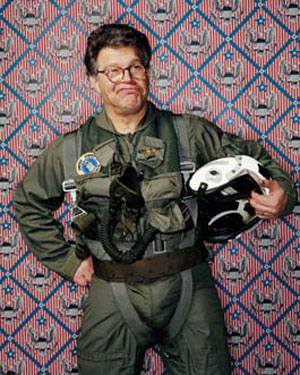 Jim Martin lost Tuesday night in Georgia, dashing the Democrats’ hopes of getting to 60 seats in the Senate. But the Dems’ hopes of getting to 59 were looking a little better Wednesday on the strength of some good news for Al Franken, who is in a recount battle in Minnesota with incumbent Republican Norm Coleman. Franken, who Jonathan profiled for Mother Jones in 2007, entered the recount trailing by over 200 votes. According to the Minnesota Secretary of State’s office, he now trails by around 300. That seems like bad news. But all is not as it seems.

In all likelihood, Coleman’s actual lead is in the low single digits, writes polling guru Nate Silver of fivethirtyeight.com. The Franken campaign estimated on Tuesday morning that it was only 50 votes behind using the assumption that all vote challenges will be rejected (more than 6,000 challenges have been filed so far). That estimate was before Franken netted 37 votes from a batch of 171 previously uncounted ballots that were discovered in Ramsey County. But why doesn’t the way the Secretary of State reports ballot totals make sense? Nate Silver explains:

[T]he Secretary of State treats all challenged ballots as nonvotes until they are addressed by the Canvassing Board, effectively allowing either campaign to deduct votes from the opponent’s total by challenging legal ballots. However, since the vast majority of such challenges will be rejected, the Franken campaign’s standard is probably more reasonable.

There’s more good news in the pipe for Franken. On Wednesday morning, in what the Franken campaign called a “breakthrough,” the office of Secretary of State Mark Ritchie asked local election officials to review—not count—some 12,000 rejected absentee ballots and make sure they were rejected for one of the four reasons allowed under Minnesota law. That task has to be completed by Dec. 18, but Silver has estimated that if the improperly rejected ballots are actually counted, Franken will net between 25 and 100 votes. If the Franken campaign’s current estimates are correct, that might just be enough to turn a onetime comedian into a US Senator.

UPDATE: And now the Franken campaign’s internal count has them ahead.