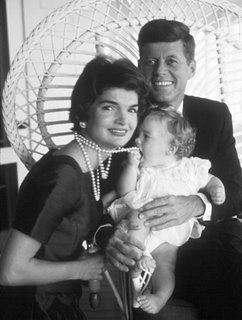 Over at his blog, Kevin Drum joins “the almost unanimous blogosphere consensus” that New York Gov. David Paterson should appoint someone other than Caroline Kennedy to fill Hillary Clinton’s Senate seat:

Rich and famous people already have a huge leg up when it comes to winning political office, but at least they still have to run and win. Appointing them instead so they can avoid the whole messy business of engaging in a campaign is just a little too Habsburgian for my taste.

That’s fair enough. In general, I agree: appointing the scion of a political dynasty to political office reeks of royalism. But let me play the devil’s (or Kennedy’s) advocate. The Senate, and especially the Senate in New York, seems to me to be a special case. Each state gets two senators, regardless of population. That means most states are tremendously overrepresented in the Senate, but a few big ones, like California and New York, are hugely underrepresented. (David Sirota pointed out last year that senators representing just 11% of the US population represent enough votes for a filibuster—allowing the representatives of a small fraction of the country’s population to block just about anything.) Since every senator gets one vote in the Senate, big states can only really compensate for their underrepresentation in two ways: with seniority (which Clinton’s replacement won’t have in any case) and celebrity (which Kennedy has in spades).

Why does celebrity help? Well, for one, it gives you a more effective bully pulpit. The national media is more likely to cover Sen. Kennedy (D-N.Y.) than someone that nobody outside of the state has ever heard of. Caroline’s celebrity status will garner her instant press attention, regardless of her actual abilities. Press attention magnifies your attacks on your opponents and amplifies your message.

Maybe New York’s underrepresentation problem doesn’t outweigh the arguments against Kennedy’s candidacy. Not everyone gets to be powerful in the Senate by virtue of being a bonafide political celebrity beforehand, Hillary Clinton-style, or by racking up seniority, like Robert Byrd (D-W.V.). Chuck Schumer, the senior senator from New York, built up his power base by raising enormous amounts of campaign cash for his fellow Democrats. (Of course, celebrity helps with fund-raising, too.) In any case, New York is in big trouble, and I’m not sure it has time to wait for a new senator to earn power. Big states like Ohio and Michigan were certainly regretting the Senate’s bizarre one-state, two-votes structure after the auto bailout failed. When New York needs a high-profile Senator to rail against small state obstructionists preventing the next, say, Wall Street rescue, will New Yorkers regret not having a Kennedy in their camp?