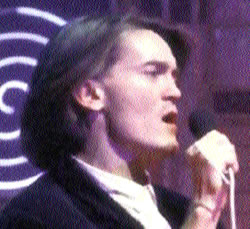 Oh those Brits. We just established that they really seem to like Kings of Leon, but it turns out some of their own most exciting musical subcultures give the police the willies. The UK Independent reports that music venues are to be subjected to a “new piece of bureaucracy” called Form 696, an eight-page questionnaire asking for private information about performers as well as the “ethnic background” of the likely audience. Eh, on what grounds, constable?

The police say they need the information demanded on the eight-page Form 696, which runs to eight pages, so they can pinpoint which acts and venues attract troublemakers, and make sure venues are safe. … The scheme was introduced by the Metropolitan Police after incidents at live music concerts in 2006, some involving guns. In theory, it applies to any licensed premises where there is live entertainment, but Detective Chief Superintendent Richard Martin, head of the Met’s pubs and vice squad, said that in reality it will apply only to performances likely to draw large crowds.

The form actually gives hints about what kinds of music might raise eyebrows back at the station: in the question about the type of music featured, examples given are “bashment, R&B, garage,” styles that all happened to emerge from the UK’s black community. But the best part of the story is the spokesman against Form 696: Feargal Sharkey (above right), the former lead singer of The Undertones, whose goofball only-in-England name and terrible, silly ’80s solo hit “A Good Heart” makes him one of my favorite random references. Anyway, Feargal (chuckle) says that Form 696’s focus on the black community is “disproportionate, unacceptable and damaging to live music.” He even wrote an op-ed about it. One Londoner said musicians would likely refuse to fill out the form anyway. We’ll see where this goes, but in the meantime, let’s watch a Monty Python sketch about British police using silly voices, and Feargal Sharkey’s video for “A Good Heart.”