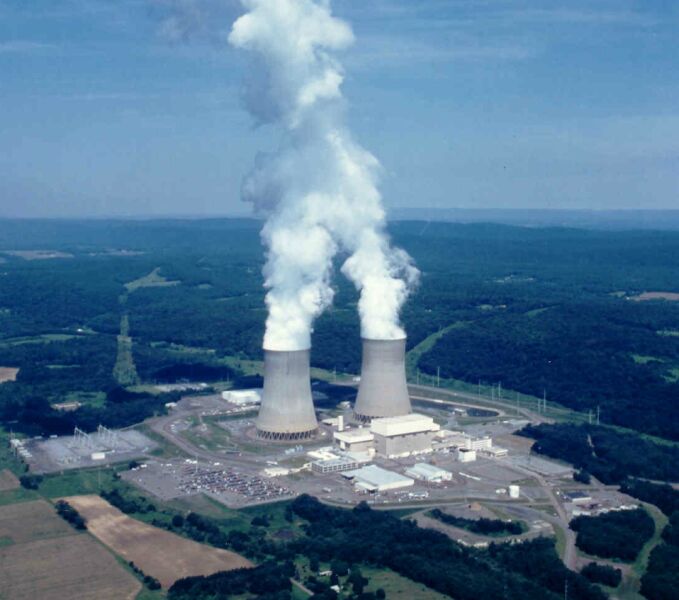 They’re the size of a hot tub. They’re buried underground. They’ll power 20,000 homes for 10 cents a watt anywhere in the world, at a start-up cost of $2,500 a house. They’re 5 years away from mass production. They’re miniature nuclear reactors delivered to your hood by truck and guaranteed to be factory-sealed, contain no weapons-grade material, have no moving parts, and be theft-proof because they’ll will be encased in concrete and buried underground. And—get this—they’ll be safe because they’ll be guarded by a security detail.

Wow. I feel so much better already. TSA for garden nukes.

The Guardian reports the mini nuke plants were developed by scientists at Los Alamos National Laboratory in New Mexico, daddies to the first atomic bomb. The US government has licensed the technology to the New Mexico company Hyperion, which said last week it’s taken more than 100 firm orders, largely from the oil and electricity industries. Hyperion plans to start mass production within five years. They’re also targeting (is that irony?) developing countries and isolated communities.

The first confirmed order is from a Czech company for a unit to be installed in Romania. Hyperion has a six-year waiting list and is in talks with developers in the Cayman Islands, Panama, and the Bahamas. The reactors need to be refueled about every seven to ten years and produce waste of about the size of a softball, says Hyperion, waste that’s a good candidate for fuel recycling. Or what?

Surely there’s a better way to solve our problems.

Meanwhile Toshiba is testing mini 200KW reactors measuring about 20 by 6 feet and designed to fuel fewer homes for longer, or a single building for up to 40 years. So Joe Six-Pack can have his own backyard nuke. Think of the DIY YouTube possibilities.