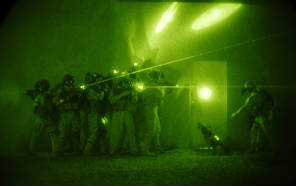 The Fund For Peace has released its eighth in a series of reports about the progress (or lack thereof) of the US occupation of Iraq. The “surge,” says the report (.pdf), has been successful at reducing violence, but “a false sense of security is emerging” that this alone will be enough to set Iraq on the course to long-term stability.

Analysts and journalists everywhere seem to have bought into the Bush administration’s line that things are looking up—a view reflected in John McCain’s campaign claim that we are “on a path to victory.” General David Petraeus, however, has been more cautious in his assessment, describing the emerging peace in Iraq as “fragile” and “reversible.” This is closer to the truth, say the report’s authors.

Yes, violent deaths are down, but not even close to what we’d expect in a functioning civil society. The “surge” has reduced killings by 80 percent over the past year, but even at current levels, 800 people continue to die each month from political violence. “Putting this into a comparative context,” the reports reads, “this means that nearly as many people were dying violently in four to five months in post-surge Iraq as had died in three decades of civil conflict in Northern Ireland.”

And whatever sense of security Iraqis may enjoy, at least compared with a year ago, remains somewhat fragile—and primarily an outgrowth of the ferocious ethnic cleansing that occurred in Iraqi cities and towns before the “surge” began. Today, Iraqis live highly segregated communities, divided by ethnicity and religion. According to an August 2008 poll, 74 percent of Iraqis said they felt safe at home. But outside of their segregated neighborhoods, only 37 percent felt that way… and fewer still, just 31 percent, agreed that today’s Iraq could be described as “stable.”