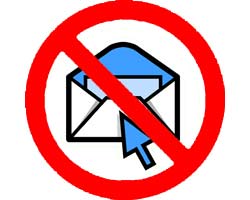 By using at least one private email account for state business, Alaska Governor Sarah Palin has virtually guaranteed that most of the emails she sent as governor–which are subject to the state’s Open Records Act–will not be publicly released before Election Day.

After Senator John McCain, the GOP presidential nominee, picked Palin to be his running mate, a number of news organizations, including Mother Jones filed Open Records Act requests for copies of emails Palin had received or sent. (For a comprehensive list of all the requests received by Palin’s office, see here.)On September 22, in response to the Mother Jones request, Palin’s office replied that it would cost $2,249.46 to conduct a search of her official email account. This did not include copying fees. The fee was later reduced to $590.06. But money was not the issue.

Palin has used at least two private email accounts in addition to her state account. That posed a serious challenge to the record-keepers in her office: how to find the emails to and from these accounts. The information managers had easy access to the emails she generated and received with her official account. But they did not have access to a Yahoo account she used for official communications and another private account she might have used for state business.

In a September 25 email to Mother Jones, Linda Perez, the administrative director of the office of the governor, noted:

To retrieve those email messages, we could expand our email search to include other state employees’ email accounts and run a sub-search on those email accounts’ incoming and outgoing emails to identify those that include particular words, i.e., particular private email addresses or individual names or subjects.

Perez noted there would be an additional charge of $960.31 for each state email account searched. And, she said, there were 68 email accounts within the executive offices of the governor. That meant Mother Jones would be charged $65,000 for a search seeking emails between Palin’s private accounts and the official email accounts of officials and employees within the governor’s office. In other words, Palin had essentially placed her emails beyond public scrutiny for anyone unable or unwilling to pay a large sum.

In response, Mother Jones replied, “This search is necessary only because the Governor decided to conduct state business on a private email account.” It asked that these onerous search fees be waived in the public interest, as the Open Records Act allows. Ten days later, Perez informed Mother Jones that the governor’s office was returning its initial check for $5690.06 and that there would be no fees at all for any of the searches regarding Palin’s various accounts. It was not “appropriate,” she said, to charge requesters for locating Palin’s official emails: “It is our responsibility to get these collected in one location.” And she said that her office had worked out a two-step plan for responding to the requests for Palin’s emails.

First, the governor’s IT team would search state accounts for emails sent to or from (or CC’ed to) Palin’s private accounts, and these records, once found, would be lumped together with the easy-to-retrieve emails sent to and from Palin’s state account. Next, all of these emails would be printed out and sent to the state’s Department of Law, which would review each one and decide if any should be withheld. After that, the non-withheld emails would be released–with requesters being charged copying fees. (Palin’s office says the rate will be 29 cents a page.)

How long might this take? Perez said the computer experts in the governor’s office figure that they need about two weeks–starting this week–to conduct the search to find Palin’s private account emails. And how much time will the subsequent legal review require? “I can’t even begin to estimate,” Perez said, with a sigh.

The math, though, is obvious. The search will likely produce thousands of emails. A review could easily–and justifiably–take two weeks or more. That would mean no release of any of Palin’s emails until after all the votes are cast in the presidential election. (Palin’s office presumably could begin a review of the emails to and from her official account right away and possibly finish that before the election.) And this process will not capture any emails relating to official business that may have zipped between Palin’s private accounts and the private accounts of other state officials. “We don’t have access to the stuff,” Perez noted. She said that it may be possible to retrieve emails from a private vendor–such as Yahoo–but that she did not know what might be available and under what conditions such emails could be requested.

The bottom line is that Palin appears to have benefited from her decision to conduct state business using private channels. As governor, she has touted the need for accountability and transparency (even though she has withheld about 1100 emails involving her aides, citing dubious justifications). But because Palin used one or more non-state email accounts for official communications–perhaps improperly–she has created a costly mess for her administration’s information officers and a situation in which emails from all her accounts will likely not become public before November 4. If her emails contain any information that might not reflect well upon Palin, the McCain-Palin campaign need not worry. Palin, wittingly or not, has engineered a delay that is the functional equivalent of a cover-up.