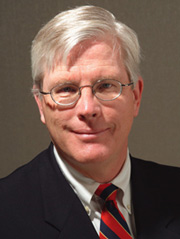 Folks on the interwebs are making fun of the questions right wing blogger and talk show host Hugh Hewitt recently put to Sarah Palin. They are the softest of softballs — they make Sean Hannity look like Edward R. Murrow. You can check them out here.

I want to highlight this one in particular:

“You’re pro-life, and how much of the virulent opposition to you on the left do you attribute to your pro-life position, and maybe even to the birth of, your decision, your and Todd’s decision to have Trig?“

That’s right. Hugh Hewitt think the left opposes Sarah Palin because she decided to give birth to a child with Down Syndrome. Not because she knows nothing about foreign affairs while we’re engaged in two wars. Not because she has nothing coherent to say about the government bailout of Wall Street as we face a dire economic crisis. Not because of her retrograde views on science and books. Not because she undermines every feminist accomplishment Hillary Clinton fought for earlier this election season.

The left opposes Sarah Palin because she gave birth to a baby with Down Syndrome. Just think about the misconceptions about the left that need to be in place for someone to make that claim. The left either hates infants with disabilities, or it hates women who refuse to abort unborn children with disabilities. Or it wants to jack up some kind of karmic abortion counter as high as possible and is disappointed when it misses an opportunity.

Has Hugh Hewitt ever met a Democrat?