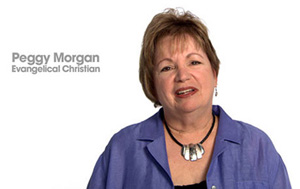 Back in 2004, filmmaker Errol Morris made a series of brilliantly simple political ads for MoveOn. Modeled after the Apple “Switch” ads, they featured Republicans explaining why they wouldn’t be voting for George W. Bush again. A couple of the ads aired, but otherwise the campaign fizzled, and the rest is history. Morris described the experience as “horrible” when I spoke with him a few months ago.

But now he’s back, lending his Interrotron to the cause. His new “People in the Middle” ads star moderate voters who plan to vote for Obama. Not surprisingly, the ads are subtle and effective. And the real people in them are a refreshing break from the increasingly unreal real people like Joe the Plumber and Tito the Builder. Over at his New York Times blog, Morris explains how this campaign is not just a reprise of Kerry Switch:

This time &mdash as opposed to 2004 &mdash the content of the interviews has been qualitatively different. The people I interviewed have embraced Obama. They are voting for a candidate, not against a candidate. Lissa Lucas, for example, tells the story of voting for someone for the first time in her life. There is a feeling of hopefulness. There is this optimism, even though the situation in the country is arguably much worse than four years ago.

But are these spots actually going to air wherever the last bastions of undecideds and would-be Obamacans are holed up? I’ve put in a call to People for the American Way, which is sponsoring the ads. If you’re in a swing-state and see one of them on TV, leave a comment.