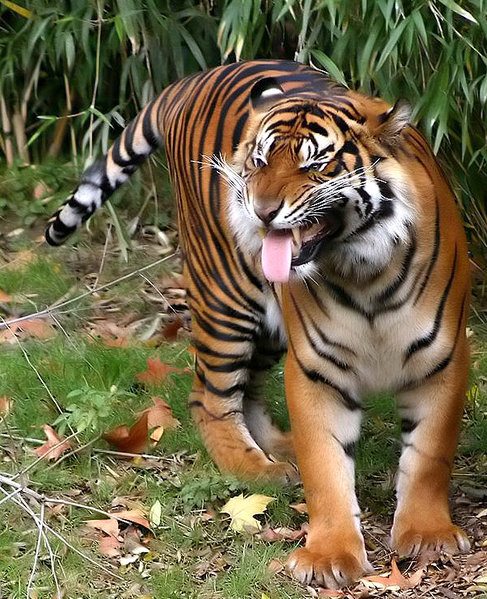 The Indonesian government is set to double the size of Tesso Nilo National Park—one of the last havens for endangered Sumatran elephants and tigers. The park was created in 2004 with about 150 square miles. By year’s end that will increase to more than 330 square miles, reports WWF.

Tesso Nilo is the last block of lowland forest in central Sumatra large enough to support a viable elephant population. About 60 to 80 elephants live there, along with 50 tigers. The park also harbors more than 4,000 known plant species—the highest lowland forest plant biodiversity known anywhere on Earth, with many more plants yet to be discovered. Tesso Nilo forest is also a vital watershed for more than 40,000 people living in 22 surrounding villages.

These villages comprise the Tesso Nilo Community Forum, which protects for the forest and acts as a unified community voice in park management. To minimize conflicts between villagers and wildlife, an Elephant Flying Squad of domesticated elephants and mahouts patrols to keep wild elephants inside the park from raiding village crops outside the park. Locals have also planted a perimeter of buffer crops that elephants don’t like around the park.

“This is an important milestone toward securing a future for the Sumatran elephant and tiger,” said Dr. Mubariq Ahmad, WWF-Indonesia’s Chief Executive. “To ensure the commitment is effectively implemented we must redouble our efforts to eliminate poaching and illegal settlements within this special forest.”

Julia Whitty is Mother Jones’ environmental correspondent, lecturer, and 2008 winner of the John Burroughs Medal Award and the Kiriyama Prize.