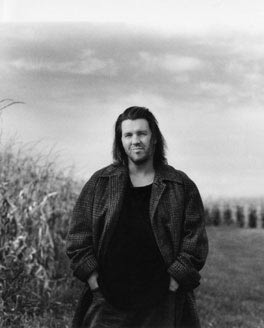 The apparent suicide this weekend of David Foster Wallace has me pretty depressed, for a couple reasons. One, why do minds that brilliant always seem to self-destruct? And two, Wallace’s work often functioned not only as a postmodern high-wire act, but also as a cautionary tale, warnings to us frogs in the pot about what it would look like if the water really started to boil. While George Saunders has, to a certain extent, taken up the mantle of jaw-dropping tales of tomorrow, his approach is unquestionably lighter. Of course, Wallace definitely had a sense of humor as well, but his work always carried an undercurrent of urgency, an almost desperate need to defuse as many terrible possible futures as he could. If it hadn’t been for Infinite Jest‘s “Year of the Depend Adult Undergarment,” you just know that somebody would have already tried to sell the naming rights for 2008. Without his hilarious, terrifying, engrossing warnings, what horrors will we blindly stumble into?

As I wrote a while back in a post on Lost‘s tangled plotlines, Jest was as frustrating as it was ambitious, something unavoidable in a work that was as much about the impossibility of tidy resolutions as anything else. In fact, as Michael Scherer wrote on Time‘s web site, it may be Wallace’s essays and journalistic work that end up being his most profound legacy, calling him “one of our nation’s greatest ongoing innovators of narrative journalism, of the magazine story, and a rightful heir to the golden age writers of old.” Both Scherer and Slate’s Christopher Beam point out Wallace’s famous, punchy 2000 article about John McCain, lamenting that Wallace won’t be around to point out the transformation of a candidate he then called “capable of devotion to something other, more, than his own self-interest.”

Like with any suicide, those of us left behind are saddled with both grief and anger: okay, you were hurting, but what about us, dammit? We needed your awe-inspiring meditations on the death-defying horror of the luxury cruise, your all-too-believable imagining of the beginnings of the AIDS crisis, and even your 1000-page premonitions about a society so desperate for entertainment it fails to notice its own disintegration. Now what are we supposed to do?