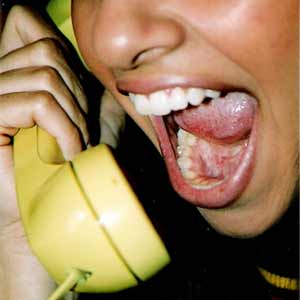 Much of the time, public radio is a calm, thoughtful oasis in the fart-joke maelstrom of commercial FM broadcasts. But at a certain point in the daily schedule, most public radio stations suddenly turn from interesting to irritating, filling time with that most lazy and obnoxious of programs: the call-in show. It’s a high-minded ideal, letting the actual public on to “our” radio stations, but unfortunately, in every case, the public that presents itself is yammering and paranoid, either astonishingly bigoted or pathetically whiny, and the shows are unlistenable embarrassments. Why do public stations waste 1/6 of their day on them?

The other day, NPR’s long-running Talk of the Nation attempted to address the issue of gays in the military. One caller drawled that “those people” knew the rules when they joined, so they deserve what they get, while another sobbed through an endless, baffling story about breaking up with her girlfriend or something, and I never figured out if she was actually in the military or not. All these shows are like this: hosts seem frazzled and nervous, dreading each call, stammering interruptions when the monologues get too crazy. And why hasn’t anyone figured out how to signal a caller that they’re now on the air without 60 seconds of am-I-on-yes-you’re-on-do-you-mean-me-yes-go-ahead back-and-forth?

Granted, I’m being a little selfish because of my, er, lifestyle. Here on the West Coast, our NPR live feeds are a little early, and my typically late-night DJ gigs means I often wake up just in time to miss All Things Considered. But why are there so many call-in shows? Local stations have their own versions of the national programs, and let me tell you, there ain’t no conspiracy theorist shut-in like a Bay Area conspiracy theorist shut-in. But the phenomenon crosses all borders: if you thought only Americans could be ignorant and grammar-challenged, check out the BBC’s “World Have Your Say.” A recent topic, a “debate” between the concepts of justice and peace, seemed designed specifically to incite screaming tirades from all corners of the globe.

As a former radio employee, I learned the hard way that callers to the request line were generally, shall we say, a “less erudite” subset of the station’s audience. If I had a nickel for every time a slurring caller requested a song that was already playing at that very moment, and when informed of this seemed unable to comprehend it, I’d have, you know, maybe 40 cents. I suppose it should be obvious: smart people don’t usually want to bellow their opinions on radio call-in shows. So, what should public stations do with those long mid-day hours that they need low-budget programming for? How about they take KCRW‘s lead and throw on some Beck? I’d rather listen to his conspiracy theories any day.