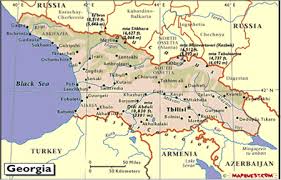 Just a day after some western and Georgian observers feared that Russia was on the verge of cutting Georgia in half, and may even try to take the Georgian capital Tblisi and demand the country’s surrender, Russian president Dmitri Medvedev has agreed to a European-backed cease-fire. But news reports indicate the situation is still volatile and much unclear about how the cease-fire would be implemented, and explosions and violence continue in places including in the Georgian port city of Poti.

“The outcome the West is seeking, will not return things to the [pre-war] status quo,” said Russia specialist Stephen Sestanovich of the Council on Foreign Relations in a conference call yesterday. “A ceasefire under these circumstances offers a sitution in which Georgia could be occupied by Russian forces, and Georgia could be cut in two, dismembered.”

“Is this a game changer?” asked Council on Foreign Relations’ Charles Kupchan. “Is it possible to think about the US-Russian relationship moving forward looking somewhat like it’s done in the past, where there were good days and bad days, but it was basically respectful and trying to make the best of a difficult situation? I can’t answer that. It’s too soon. But it’s safe to say from here on out, the US and allies will look at Russia more warily.”

What is also certain is that the guns of August 2008 have in a matter of a few days significantly changed the world we live in. It is now clear to almost everyone that Russian objectives go well beyond the issue of the ethnically Russian citizens of South Ossetia. Moscow’s swift military gambit clearly includes “regime change” for the entire nation of Georgia.

That is important not simply because Georgia’s democratically elected president, Mikhail Saakashvili, is far more pro-western than his eventual Russian-picked successor will be, but also because it sends a clear message throughout the region that Russia can do what it pleases—and that the United States is too weak, too overstretched, too unpopular, and too weary from years of failed international exploits to act.