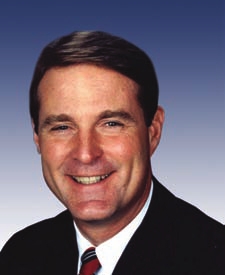 When I put together my primer on Obama’s VP options (sadly leaving off Tim Kaine, a current frontrunner), I described Indiana Senator Evan Bayh as a moderate and a milquetoast. It wasn’t a radical description — read any description of Bayh and “boring” and “centrist” are bound to come up. As a result, a lot of progressives are growing worried as Bayh emerges as a frontrunner.

Silver continues, “governance does not occur in a vacuum: a senator has a goal of championing legislation in line with his ideology, but he also has a goal of getting re-elected…. Bayh became somewhat liberal between the 108th and 109th Congresses. What happened between the 108th and 109th Congresses? Bayh won re-election by a landslide margin, and perhaps recognized that he had a little bit more wiggle room to move from the right edge of the Democratic Party more toward the Party’s mainstream. The only reason this might occur, I would argue, is that Bayh is at heart a fairly progressive senator.”

I find Silver persuasive, but that doesn’t mean I think Bayh should be the pick. First, Bayh was wrong on the Iraq War (way, way wrong), and as long as there are legitimate options out there who got it right, I’d go with them. To do otherwise makes a mockery of much of Barack Obama’s rhetoric about having superior foreign policy judgement. Second, I don’t buy into this notion that Bayh is a rare VP pick who could deliver a state that Obama has no chance of winning otherwise. Studies have shown that a vice presidential pick adds less than two percent to the ticket’s performance in the VP’s home state. It doesn’t matter how popular Evan Bayh is in Indiana; he isn’t delivering a state that red. Third, he may not be a true moderate, but he’s not a true progressive either. And considering how bad the climate is for Republicans right now, Democrats have an opportunity to put a true believer in the White House. Why not do it?

Bayh’s not bad. But there are better options.