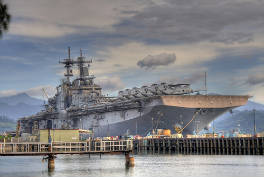 It’s now been a month since Cyclone Nargis swamped the Burmese coast, inundating huge swaths of the low-lying Irrawaddy Delta and killing as many as 134,000 people. A further two million living amidst the flood damage are now at risk of disease, with tens of thousands facing the immediate threat of starvation, according to humanitarian NGOs.

Speaking at a security conference held in Singapore over the weekend, Defense Secretary Robert Gates accused Burma’s military government of “criminal neglect” and warned that “unless the regime changes its approach, more people will die.”

Some NGOs, frustrated with the pace of relief operations, are urging the U.S. military to launch a series of unilateral relief missions, with or without Burma’s permission. (The moral dilemma at issue brings to mind a similar case, circa 2003, in which some humanitarians found themselves applauding the U.S. invasion of Iraq that toppled Saddam Hussein.)

But Gates, acknowledging that “it’s becoming pretty clear that the regime there is not going to let us help,” ruled out the possibility. “There is great sensitivity all over the world to violating a country’s sovereignty, and particularly in the absence of some kind of U.N. umbrella,” he said. Gates went on to deny that the American experience in Iraq had anything to do with its reluctance to go it alone.

Be that as it may, relief work is front and center in the Pentagon’s emerging war on terrorism strategy. In my most recent piece for Mother Jones, I described a November 2005 policy statement, Directive 3000.05, which states clearly and for the first time that stability operations—Pentagon-speak for relief and humanitarian work—now rank of equal importance to combat missions. Already Burma has allowed 95 U.S. military relief sorties, carrying 1.5 million pounds of supplies, to land in the city of Yangon. But the far larger payload of humanitarian supplies now waiting aboard a fleet of U.S. naval ships (led by the USS Essex, pictured above, which alone carries 22 helicopters), has not been cleared for delivery. Helicopters could deliver supplies directly to where they are needed, but that, it seems, is the problem: the military regime fears any direct contact between its population and the U.S. military.

Meanwhile, Burma’s military leaders, having mobilized about 30,000 troops and 3,000 police for the relief effort, claim to have everything under control. Speaking at the same regional security conference in Singapore at which Gates made his remarks, Major General Aye Myint, Burma’s deputy minister of defense, downplayed the threat to the Burmese population, saying that the government responded promptly to the disaster and that displaced people are already being resettled. (NGOs have countered that premature resettlement could place civilians at even greater risk.) Myint went on to say that the military regime would be happy to receive outside assistance and humanitarian aid, so long as it is provided with “no strings attached.”

Given that, by its own admission, the U.S. military’s interest in relief work is predicated on helping to “establish order that advances US interests and values,” the strings are clear to see. And for that reason, it’s likely that the supplies afloat offshore will never reach their intended recipients.

Photo used under a Creative Commons license from FreaksAnon.