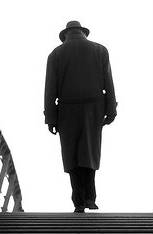 If, like me, you’re a lover of espionage films, you might fancy yourself able to spot the typical spy from a mile away. It’s usually a white man, native born, who gets into trouble with booze, gambling, or hookers, and to support his habit or break free of his debts, agrees to trade secrets for cash. He might be military, but could just as easily be civilian. He doesn’t have many foreign connections, least of all to the Russians, that most lucrative of employers, so he tosses a note over an embassy wall or slips a letter under a guarded gate, offering his services to the bad guys. Picture Sean Penn in “The Falcon and the Snowman” or Chris Cooper in “Breach.”

That’s the archetype, and according to an unclassified report (.pdf) released last month by the Defense Personnel Security Research Center, which studies the characteristics of American spies, it used to be largely true—that is, until around 1990. After the Cold War, the biographical details and motivations of the typical traitor began a dramatic shift, reflecting larger changes in the world’s political alignment, advances in communications, growth in international travel, and globalization.

A summary of how today’s spies differ from yesterday’s, according to the report:

Photo used under a Creative Commons license from Hugo*.