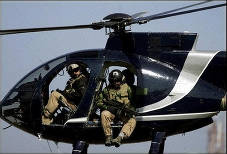 Rep. Henry Waxman (D-Calif.) and the House Committee on Oversight and Government Reform are after Blackwater again, this time in relation to the private security firm’s compliance with federal tax, small business, and labor laws. Blackwater’s controversial practice of treating its employees as “independent contractors” first surfaced last October, shortly after company founder and CEO Erik Prince testified before Waxman’s committee to account for a Blackwater team’s involvement in an unauthorized shooting in a Baghdad traffic circle that killed 17 and wounded 24 others. Since then, Waxman’s staff has been looking into the applicable federal laws and has apparently concluded that Blackwater may be in violation.

The implications of Blackwater’s actions are significant. Committee staff have estimated that Blackwater has avoided paying or withholding up to $50 million in federal taxes by treating its guards as independent contractors rather than employees. It also appears that Blackwater has received more than $144 million in small business contracts that may not be justified and has evaded oversight by the Department of Labor.

For these reasons, I am sending letters today to the Internal Revenue Service, the Small Business Administration, and the Department of Labor. These letters ask the agencies to investigate whether Blackwater has complied with federal tax and other laws and to initiate enforcement action where appropriate.