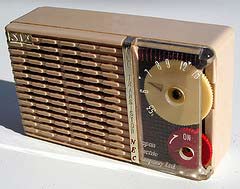 Full disclosure: your ridiculously-named blogger spent 13 years working at a corporate alt-rock broadcaster, many of them happy. But my own ever-so-slightly bitter anti-radio bias is no match for the actual facts: things in the audio-only broadcast media are looking pretty terrible. The Radio Advertising Bureau just announced revenue figures for the industry in 2007, and they’re down like a frown. Ad revenue was off 3% for the year over 2006, and in the 4th quarter, national revenue was down 11%. The only place radio showed some growth was “off-air” revenue, ironically enough, since isn’t what’s on-air the whole point? RAB President/CEO Jeff Haley tried to cover up the bad news by releasing a hilarious statement about “the nimbleness of the expanded radio space” and how it provides “a true 360-degree integration opportunity,” before he collapsed into giggles and took another bong hit.

What’s even more giggle-inducing is how the industry is responding: a slash-and-burn approach to laying off staff that can only help to accelerate radio’s slide into homogenized, syndicated irrelevance. Citadel announced major cutbacks last week in five major markets, and last month, radio juggernaut CBS (my former employer) let go nearly 5% of its employees, and not just random traffic assistants, but popular air personalities and managers. About the only radio sector showing any vibrancy is NPR, which glowed like an annoyingly gifted younger sibling in comparison to the bloodied, drug-addled truant of PBS in a recent NY Times article. But radio with commercials is losing the most sought-after, youngest listeners, and then responding by doing exactly the opposite of what those listeners want: getting rid of the local talent that keeps people tuning in. Ah, well: there’s always Pirate Cat Radio, whose signal comes in loud and clear at 87.9 at my house, and they can say “fuck” all they want.

Photo used under a Creative Commons license from Flickr user Road Side Pictures.