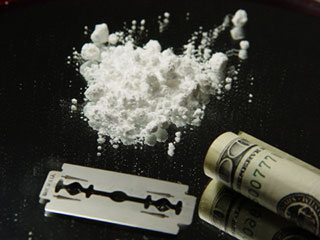 For decades, the Drug Enforcement Administration has measured the price and purity of illicit drugs. Its methodology is cryptic, but the dea says it’s a reliable way to spot trends.

And it says it has spied one: The cost of pure coke rose 44 percent in the United States between January and September 2007. The dea credits its own efforts, of course, along with increased Mexican and Colombian cooperation, for the downturn in supply it says caused the price hike.

But the agency omits an important factor: the plummeting value of the dollar, especially as compared to the soaring euro. Even as the dea has made it more bothersome to bring coke into the United States, the sliding dollar has made importing it less profitable. Both the UN and dea note that a kilo of coke brings in two times as much in Europe as it does in America.

As with any commodity, producers look to maximize earnings by selling in markets with the strongest currencies. But unlike oil, for instance, the value of which is measured in dollars, the cocaine market is more fluid. “The euro has become the preferred currency for drug traffickers,” declared then-dea administrator Karen Tandy at an anti-drug conference last May. “We’re seeing a glut of euro notes throughout South America,” she said, adding that “9 of 10 travelers who carried the $1.7 billion euros that came into the United States during 2005 did not come from Europe…They came from Latin America.”

Europe has become attractive to traffickers not just because of its healthy economy, but also for its open borders, less stringent drug policies, and increasing demand. American officials estimate that just a few years ago U.S. consumers snorted several times more blow than their Old World counterparts. That gap has dramatically narrowed as Europe feeds a cocaine binge that has been compared to America’s in the ’80s.

This new European focus is changing global drug-supply routes. West African nations have become important staging areas for packages on the way from South America to Spain and Portugal, the region’s main points of entry. The UN estimates that cocaine seizures in Africa increased nearly sixfold between 2005 and 2007 and that more than 90 tons of coke were intercepted in Portugal and Spain in 2006, more than was seized in all of Europe in 2004.

So how does all this affect the end market here at home? “The guy from the suburbs may be paying a little more, but there are no crackheads going without crack,” says Dale Sutherland, a narcotics investigator with the Washington, D.C., police department. That’s likely because increased costs are passed on down to low-level slingers who are more inclined to cut their product with talcum powder than risk being undercut by competitors. Indeed, the dea reported that during the same period when prices rose, there was a 15 percent decline in the purity of coke that officers seized or bought on the street. As they say on The Wire, “All in the game, yo. All in the game.”