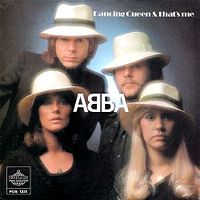 As part of a celebration of the 30th anniversary of Sydney, Australia’s legendary Gay & Lesbian Mardi Gras, Australian website SameSame asked readers to vote on the “gayest songs of all time,” and they’ve just announced the top 50 vote-getters today. It’s pretty predictable, with lots of Madonna and Pet Shop Boys and Village People, plus since it’s Australia there’s about 14 Minogue songs (both Kylie and Dannii). You’d think maybe the Smiths’ “I Want the One I Can’t Have” might have snuck in there, but I guess this is Gay Pride, not Gay Horrible Shame and Misery. Here’s the Top 20:

The Minogue and Madonna stuff is at least relatively recent, but other than that, almost everything on this list came out in a 7 year period between 1975 and 1982. Was this really the gayest era in history, the heyday of disco and androgynous new wave? Why did music suddenly get so gay and then, just as suddenly, put away the sparkles? Will there ever be another time when high camp holds such sway over popular music? At this point, it sure doesn’t seem likely: whether it’s detached indie rock or booming hip-hop, lyrical themes are aggressively hetero-realist, except for deeply underground exceptions like the Magnetic Fields. Of course, come to think of it, we didn’t exactly know how gay things were back in the late ’70s: to my 10-year-old mind, the Village People seemed like paragons of macho ideals and admirable career choices, their winking gayitude only recognizable in retrospect. Perhaps in 20 years, our “gayest songs” list will include secretly homoerotic anthems from, like, Daughtry, and we’ll all go “how did we miss that?”