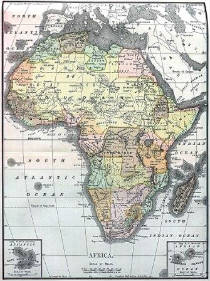 The U.S. Africa Command (AFRICOM), a new organizational construct intended to unify the entire African continent (except Egypt) under a single U.S. commander, is due to become fully operational later this year. Since its founding in October 2007, it has been based in an old German military barracks in Stuttgart, Germany, until a suitable African location can be found to house its command infrastructure. But according to the BBC, AFRICOM has now stopped searching for a permanent home due to a lack of interest among all but one of the 53 African nations falling under its area of responsiblity:

Nigerian President Umaru Yar’Adua announced in November that he would not allow his country to host an Africom base and that he was also opposed to any such bases in West Africa.

Only Liberia, which has historic links to the US, has offered to host it.

There has been concern that Africom is really an attempt to protect US oil and mineral interests in Africa, amid growing competition for resources from Asian economies, says the BBC’s Alex Last in the Nigerian capital Abuja.

Then there are fears about the continent being drawn into the US war on terror, our correspondent adds.

At a press conference held earlier today in Ghana, the latest stop on President Bush’s tour through Africa, the U.S. commander-in-chief tried to reassure his African audience about American intentions on the continent. An excerpt from the transcript on AFRICOM’s website:

We do not contemplate adding new bases. In other words, the purpose of this is not to add military bases. I know there’s rumors in Ghana, ‘All Bush is coming to do is try to convince you to put a big military base here.’ That’s baloney. (Laughter.) Or as we say in Texas, that’s bull. (Laughter.) Mr. President (Kufuor) made it clear to me, he said, look, we — you’re not going to build in any bases in Ghana. I said, I understand; nor do we want to. Now, that doesn’t mean we won’t develop some kind of office somewhere in Africa.

Unless that office is to be located in Liberia, it’s unlikely to open any time soon.