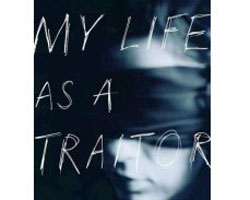 In autumn of 2001, 20-year-old college student Zarah Ghahramani broke the law by pulling her headscarf back a few inches on the streets of Tehran. Her crime didn’t go unnoticed—she was picked up by the police and hauled off to spend 30 grueling days in Iran’s infamous Evin prison. There she endured interrogations, beatings, and solitary confinement. At the end of her sentence, the authorities dropped her off in a distant suburb and left her to find her way back to her home—and to figure out how to readjust to life outside prison walls.

After Evin, Ghahramani stopped giving political speeches on campus—the risk of getting arrested again was too great. She now lives in Australia, working and attending university. She tries to keep up with her activist friends back home, but in Iran, staying in touch is a dangerous business, since the simple act of contacting an old friend can be enough to get him arrested. “[My friend] Arash chose to stay in Iran, even though he knows they’re watching him,” she says. “He has to be really careful about everything, even the friends he chooses. So many times, I’ve done a Google search and found out who’s been arrested lately. I’m always thinking, ‘Am I going to see his name?'”

In her new memoir, My Life as a Traitor, Ghahramani chronicles her time in prison and describes her liberal upbringing under an increasingly conservative regime. At home, Ghahramani recalls, she was encouraged to express herself, but in public, she was forced to obey the oppressive rules of the mullahs. “In school, I was taught that my greatest loyalty must be to God, then to the father of the Islamic Republic, the Ayatollah Khomeini, then to the nation itself,” writes Ghahramani. At home, though, “Iran, my country, was the captive of sinister, inflexible people who saw the world in black and white, no color permitted, no shading, no nuances, no tolerance of beauty outside of Islamic spirituality.”

Mother Jones talked with Ghahramani about her time inside Evin—and how her life changed when she was released.

Mother Jones: How did you pass the time in prison?

Zarah Ghahramani: This might sound a bit weird, but it’s unbelievable—human nature actually adapts itself to anything that we face. You just wake up at whatever time of the day or night, you sit there, and you keep thinking, because there’s absolutely nothing else to do. If I was strong enough and I wasn’t in pain, I would try to do some exercise. I would think, or talk with the guy who was above my cell, or cry, or be angry, or. . .I don’t know. You just sit there and do nothing. You try to keep yourself alive and happy all day with whatever you have. Anything that you’re left with is a blessing. The fact that you’re not dead yet, or the fact that you can move your feet and breathe—it’s good. You don’t really think you’re going to be free again, so you just deal with the situation at the time.

MJ: What was the hardest part of being in Evin?

ZG: When they shaved my head. I never thought it would mean so much, but for me it was such a big thing. It was my womanhood. It was my dad who loved my hair. It was me. These guards know exactly what makes you really depressed. They are really good at what they do.

MJ: When the book ends, you’ve been dropped off in a distant suburb of Tehran and you’ve called your father to come pick you up. What happened next?

ZG: He came, and we hugged and cried and all that, and then we went home. My sisters came over, and my father made breakfast for us, like when we were kids. It was all really normal. I was expecting them to ask me what had happened, where I had been, but we just had normal, everyday breakfast. Then I went to have a shower and I saw my face for the first time after a month. It was really scary. I hardly stopped myself from screaming, wondering what my family was going through seeing me like that, and not even saying anything. It was really frustrating for me—I really wanted to talk. But when I think about it now, it was the best thing they did. It was hard enough for them, what happened to me. I’m sure they didn’t want to know any more.

MJ: What was it like readjusting to life outside?

ZG: I sort of hated myself for being depressed. I said to myself, “How dare you be depressed? You’ve put your family through so much, and now you’re going to be depressed?” So I would actually try to cheer them up—I would act like, “I’m over it; it’s fine; you guys should get over it, too.” But there was always an unspoken fear between us that they would take me again. Sometimes I would come back a little bit late, and I would find my mom shivering and screaming, “Where have you been? Why didn’t you call me or pick up your phone?” She would basically freak out. So it was really hard to go back to a normal life. There was always that paranoia for them and for me, and it stopped us from living life like we used to.

MJ: Was that a real possibility, being arrested again?

ZG: I wasn’t giving any speeches or writing anything, but I would see my other friends arrested again and again, and I thought eventually that would happen to me, too. Even if you’ve just contacted an old friend, that could be a reason to get arrested if you have a previous record.

MJ: What made you choose to go to Australia?

ZG: I met [my coauthor] Robert [Hillman] and his wife [Ann] in Tehran, and we became friends. After they learned about my story, Robert kept telling me, “They’re going to take you again.” I wasn’t planning to leave Iran, but it just became clear that it’s not possible to live a normal life, so I decided to do it. Robert and Ann were the only people I knew overseas, so I decided to go to Australia.

ZG: In Iran, we get those channels through satellite. When there were protests in the street, [Iranian Americans] would be like, “Oh, get out there into that street.” For them it’s really easy to say, because they don’t know what it’s like when you’re taken to prison. For me, it would be a very difficult thing to do—sitting here in the sunshine in Australia telling people to go kill themselves. I would never give anyone advice to do that, and in fact, in my interviews I’ve been telling people not to do it.

MJ: After being in Evin, do people generally give up activism?

ZG: Not everyone. Some of them, even after their release, they still do things, and they keep taking them back again and again. Some of them actually die in prison. I decided that I wanted to have a normal life, and I don’t want to put my family through any more than I already have. To be honest, I feel like I’ve paid my share. I’ve done whatever I could as a woman in Iran in the political scene.

MJ: Are you worried about the book’s effect on your family?

ZG: Of course. I want everyone to know that what has happened to me has absolutely nothing to do with my family. If there’s anyone to be blamed, it’s me. I wrote the book to inspire other people, because I know a lot of people go through really tough times and they end up being depressed for the rest of their lives. I believe that you can get over something and get on with your life, no matter how much of a bad experience you’ve been through.