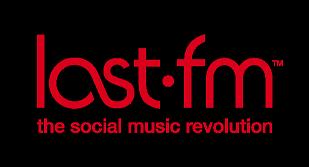 Last.fm, the music and “social networking” site acquired by CBS last year, has announced deals with all four major record labels in an apparent attempt to become the leader in free online music streaming. The site started as a “public diary” of members’ listening habits; its software reads what you play in iTunes and uploads it to your page, then tallying it all up on artist pages and recommending similar music. Their lists of “most played” tracks are kind of interesting—and I’m not just saying that because I have one.

CBS bought the company last May for $280 million and since then has increased the number of tracks available as free streams to over 3 million. Now, Last.fm co-founder Martin Stitskel says “the mission is to have every track available.” Golly, and good luck: it’s always seemed a little ridiculous to me that if I want to point to an example of a song, YouTube makes referencing the video the easiest thing in the world, but if I just want the audio by itself, there’s no one place to go. Unfortunately, Last.fm doesn’t currently allow embedding of its player on other sites (like Imeem does, for instance) but if it succeeds in its mission to become a “free music discovery tool,” it’ll be a lot better than just listening to 30-second samples on iTunes.

A quick test of Last.fm was a bit disappointing: I looked up Cat Power, whose new album Jukebox is getting some good reviews, and found only four tracks available as streams, none from the new album, although there were a bunch of messages in the “Shoutbox” wishing Chan a happy birthday yesterday. Aww. So, for now it’s back to YouTube and MySpace.