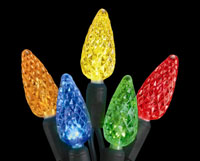 Tis’ the season when Bill O’Reilly has been off and running since Thanksgiving, railing against all who dare to secularize Christmas. In the spirit of railing, I would like to take this opportunity to discuss Christmas waste, most notably energy waste. I like a sprightly Christmas tree just as much as O’Reilly (well, maybe not that much), but the energy it takes to light a Christmas tree each holiday season is enough to make you think twice about the tradition.

Robert Balzar at the public utility Seattle City Light estimates that a typical Christmas tree uses about 144 watts of incandescent lights. Let’s say you light your tree for five hours a day for a month, that’s 22 kilowatt-hours (kWh) of energy use. On the other hand if you light your tree with new LED lights, you will only use 2 kWhs of energy. Now, 22 kWhs is only 2 percent of the average household’s per month electricity use, so admittedly, this doesn’t seem like a big difference, but on a citywide scale things start to look more startling. The difference between using incandescent lights and LEDs for the estimated 300,000 Christmas trees in Seattle is as great as 6,540,000 kWhs and $400,000.

The word is already out to many large cities, including Washington D.C. and Boulder, CO, which have converted their city tree lights to LEDs. L.A.’s annual holiday light festival made the switch just this year, and yesterday, Mayor Bloomberg turned on the LED holiday lights at Grand Army Plaza in Brooklyn. Fa-la-la-la-la, la-la-la-la.