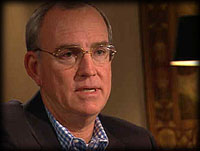 Lots of corporate money is making an exodus from the GOP and resurfacing in various Democratic campaign coffers this year. Yet there’s still plenty of evidence that the Democratic presidential candidates are going to rely heavily on trial lawyer funding, even with a few of the old reliables either in jail, under indictment or facing other criminal charges.

The latest report comes from Mississippi, where Bill Clinton will headline a fundraiser at the home of Richard “Dickie” Scruggs, trial lawyer extrordinare and, incidentally, Trent Lott’s brother-in-law. Scruggs is best known for his role in initiating the tobacco litigation in the 1990s that led to an enormous settlement between the states and the cigarette companies. The litigation also netted Scruggs several billion in legal fees and a Hollywood portrayal in the movie “The Insider.”

But Scruggs is in a spot of trouble these days. He’s facing criminal contempt of court charges in Alabama for allegedly violating a protective order in a case involving Katrina-related insurance claims. Apparently, though, the charges aren’t serious enough to scuttle the Clinton fundraiser. No word yet on whether Scruggs’ friend and fellow Mississippi trial lawyer John Grisham will make an appearance, but no doubt he’s on the invite list. Last year, Grisham gave the Democratic Senatorial Campaign Committee nearly $27,000, and the former Mississippi state legislator was active in Democratic politics long before he was a bestselling author….