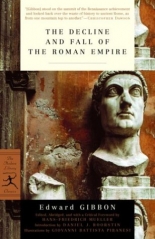 Good for the conservative operatives behind Serviam for advancing the “We Are Rome” narrative by choosing a Latin name for their new merc mag. In explaining “what we mean by serviam” (Latin for “I will serve”) they declare an “unabashed … professional editorial commitment to old-fashioned values.” So it’s pretty clear the Serviam folks want the Roman connection drawn. But perhaps they didn’t think through all the implications.

Exactly why the Roman empire fell is a topic classicists have been debating pretty much since it happened (and when it happened is itself unresolved). But one oft-cited reason is—you guessed it—Rome’s increasing reliance on vicious, untrustworthy mercenaries to police its empire. For any aspiring merc mag publishers, that’s an, um, awkward fact you might consider before going with the cool-sounding Latin name. For fellow classics nerds, there’s more on the Roman experience from Edward Gibbon’s 18th century classic, The History of The Decline and Fall of the Roman Empire, after the jump. Be warned, florid Augustan prose ahead:

[Traveling in Constantinople around 400 A.D. the Grecian philosopher] Synesius observes and deplores the fatal abuse which the imprudent bounty of the late emperor had introduced into the military service. The citizens and subjects had purchased an exemption from the indispensable duty of defending their country, which was supported by the arms of barbarian mercenaries.

In the same passage, Gibbon outlines Synesius’ proposals to solve Rome’s mercenary problem. Sixteen centuries later, in an America where “outsourcing war” has been called “an explosive trend,” his ideas seem only slightly dated:

The measures which Synesius recommends are the dictates of a bold and generous patriot. He exhorts the emperor to revive the courage of his subjects by the example of manly virtue; to banish luxury from the court and from the camp; to substitute, in the place of the barbarian mercenaries, an army of men interested in the defence of their laws and of their property; to force, in such a moment of public danger, the mechanic from his shop and the philosopher from his school; to rouse the indolent citizen from his dream of pleasure; and to arm, for the protection of agriculture, the hands of the laborious husbandman.