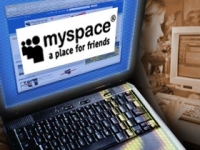 Remember how the Internet was supposed to allow you to abandon your real-world identity in favor of a totally different virtual one?

Yeah, not so much.

According to a Northwestern study, college students’ choice of social networking sites varies according to the the race or ethnicity with which they identify and the level of education their parents have attained. Some of the key findings:

*Asian-American students are more likely to use Xanga and Friendster than their counterparts from other ethnic groups.

But there was one little sentence in the press release that I think deserves further explanation—and perhaps more research: “[The study] found no statistically significant SNS choices for black students.”

Methodological matters aside, perhaps this study will disabuse us of our strange notion that people somehow step out of their personalities the moment they get on the Internet. Most of us have no interest in sprouting a new identity online (witness recent speculation that Second Life, once touted as the ultimate be-someone-you’re-not experience, was actually just a flash in the pan).

One of the researchers from the study put it best:

“Everyone points to that wonderful New Yorker cartoon of the dog at the computer telling a canine friend by his side that ‘on the Internet nobody knows you’re a dog,'” said Hargittai. “In reality, however, it appears that online actions and interactions should not be viewed as independent of one’s offline identity.”