I’m in the Veterans Auditorium in Des Moines for the Iowa Democratic Party’s annual Jefferson-Jackson Dinner. For voters nationwide, the JJ, as it’s called, is a blip on the radar. But here in Iowa it’s huge, particularly in the year before an election. One Obama supporter described it to me thusly: “If the Iowa Caucuses are the Super Bowl, this is the halftime show.” 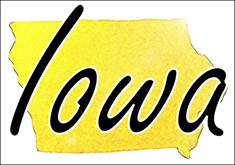 Six presidential candidates will be speaking to 9,000 of Iowa’s most prominent (and richest) Democrats. Also on hand are assorted politicos from the Midwest. Former Iowa governor Tom Vilsack and current Ohio governor Ted Strickland wandered by when I was waiting in the consession line, for example. Nancy Pelosi is the master of ceremonies.

This is an only-in-Iowa event. A rambunctious crowd of young supporters for every candidate have packed the balcony level and are shouting slogans and chants at an ear-rattling volume. They also have coordinated sign gimmicks, like at halftime of a college football game. The youngsters spent all day putting thousands and thousands of signs up inside this auditorium and on the streets surrounding it. Media from all over the world is here.

The JJ can make or break a candidate in this state. Iowans credit the 2003 JJ with making John Kerry’s Iowa victory. Before the event, Kerry was down in the polls, looking up at frontrunner Howard Dean. But Kerry unveiled a new stump speech and a new slogan, as many candidates do here, and it propelled him to a caucus win, and eventually the nomination.

I’ll be liveblogging things as they happen. If you’ve got nothing better to do on a Saturday evening, I invite you to follow along.