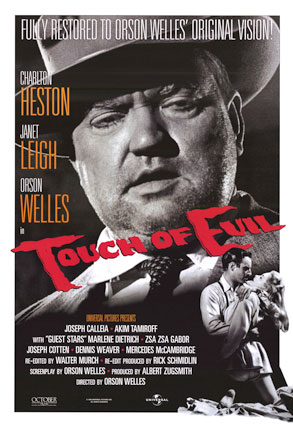 New York Governor Elliot Spitzer is dropping his plan to issue drivers’ licenses to illegal immigrants, that pesky little issue that caused Hillary to stumble in the last debate.

In explaining why he’s changed his position three times in as many weeks, Spitzer told the NYT that, in their words, “opposition is just too overwhelming to move forward with such a policy.” Courage, Mary! Says Spitzer: “You have perhaps seen me struggle with it because I thought we had a principled decision, and it’s not necessarily easy to back away from trying to move a debate forward.”

Well, I guess the Lou Dobbs of the world are winning this debate, which is too bad, because if you supply some simple logic and some basic facts, it becomes obvious why Spitzer’s policy (the first one) was a good one.

For starters, according to the “Unlicensed to Kill” study put out for AAA by the Texas Transportation Agency (which is the premier research group on all things traffic/auto related): “20 percent of all fatal crashes in the United States—one fatal crash in five—involves at least one driver who is unlicensed, driving on an invalid license, or of
unknown license status.”

Not all of these drivers are illegal immigrants, of course. That figure also includes a lot of kids and DWIers. But here’s the thing:

a) It stands to reason that if you don’t HAVE a license, you are more willing to do stupid things like speed or drive while drunk or both because it CAN’T BE REVOKED.

b) So call me crazy, but given that there are 11 million illegal immigrants in the United States, that many of them perform jobs that require driving cars, or god help us, trucks, don’t we want them to have them to have been a least briefed on the rules of the road? Especially since increasingly those immigrants are coming from the poorest parts of Central and South America (and Africa and China and so forth and so on) where, if there are any rules, they are, shall we say, elastic?

d) Critics see this program as a step to “sanctuary,” whatever the hell that means. But what about a step toward documentation? Accountability? Traceability? Who do you think is more likely to seek such a license? Hard-working, law abiding people? Or criminals and lazeabouts?

We’re not going to deport 11 million people. We don’t have the law enforcement resources to do it. We don’t want food prices to skyrocket. People like their nannies. And it would cause destabilization in Mexico and elsewhere that would make Iraq seem like a picnic.

Tighten the borders. Help reform Mexico. Institute some kind of trade policies that don’t kill off small farmers across the hemisphere. I look forward to that day. But in the meantime, for god’s sake, teach people how to drive.