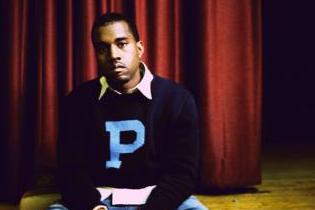 Funny how much difference a few days can make, huh? Kanye West is known for his egotistical outbursts and random baloney-spewing, but with his new album getting great reviews and headed for #1, suddenly he’s also making a lot more sense. First of all, his statements about the MTV VMAs “scandal” on a Sirius Satelite Radio morning show Tuesday are pretty much right on. Describing Britney Spears’ terrible show-opening performance, he blamed MTV, telling Sirius the network was “just trying to get ratings, and they knew she wasn’t ready and they exploited her.” West wanted to perform “Stronger” as the show opener, but was apparently told to host a “suite party” in a hotel room instead, where his performance of the hit track was under-lighted and attended only by pre-selected industry zombies.

“They exploited her, they played me and I really don’t mess with MTV,” he said. “So why do you have me do ‘Stronger’ in a suite, but you end the show with Justin? I looked at 50 like, yo, we need to help each other as much as possible.”

Considering the massive sales for “Stronger” over the last few weeks (and now for the full album), it does seem a little cynical of MTV to give the show-opening performance to Britney, while Kanye is so clearly on top, but what else is new?

Well, no matter what you think of the whole debacle, West is making great music, and if you think he’s got a bad attitude, check this out: French duo Justice, you’ll remember, are supposedly the rapper’s arch-rivals after they beat him for “Best Video” at the European VMAs in 2006. This year, in a cute rematch, the animated-T-shirt-featuring video for their track “D.A.N.C.E.” was up against West’s “Stronger” for “Video of the Year.” Rihanna won, so now, everybody’s best friends: the director of the video, So Me, was recruited by West to direct his own new video, which turned out so spectacularly you’d forgive a hundred tantrums. The liquid animations help you focus on West’s intricate phrasings, and give added “oomph” to the track’s already-high spirits. More Franco-American collaborations, please, and you go, Kanye.