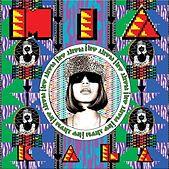 If you’ve been a faithful Riff reader, you’ve heard a lot about M.I.A., otherwise known as Maya Arulpragasam: from the YouTube debuts of “Bird Flu” and “Boyz,” to the arrival of advance copies of the new album, to her streaming all of Kala online. So, the album arrives in stores tomorrow: what’s the final verdict?

With Kala named after Arulpragasam’s mother, it’s illustrative to look back at Arular, her 2005 debut, named after her father. The first singles, “Sunshowers” and “Galang,” featured similar downtempo dancehall beats, with edgy lyrics that seemed to invite analysis as part of the London-born singer’s Sri Lankan heritage and her father’s participation in militant Tamil activism: “shotgun, get down / too late, you down.” My experience with the full-length was a kind of gradual awareness: certain tracks grabbed my attention at first (the rollicking freestyle of “10 Dollar”) while others took time to adjust to (the aggressive Baile funk of “Bucky Done Gun”). As time went by, the album seemed to capture both a forward-looking electronic sound (partially thanks to its edgy producers, including Diplo and Richard X), as well as a political mood informed by both anger and ebullience.

So, two years later, M.I.A. is back in action, with production duties mostly taken over by Switch, a UK electronic artist and DJ whose chopped-up style teeters on the bleeding edge of dance music. Again, the first singles, “Bird Flu” and “Boyz,” featured similar triple-time beats and lyrics with obtuse references to violence and politics. But as Robert Christgau pointed out in Rolling Stone, the rest of Kala doesn’t seem accessible, with jagged beats and even more eclectic references: Bollywood, didgeridoo, The Clash, The Pixies, Baltimore house. While he calls this an “art music,” it may be helpful to remember that Arular‘s catchiness was by no means immediate, and tracks like “Bucky Done Gun” seemed brittle and abrasive at first. M.I.A. has a tendency to shift the world to her point of view, and while Kala forces your ears to adjust to its pressurized depths (and vertigo-inducing heights), I’d buy stock in Kala sing-along futures.

Politically, some have accused M.I.A. of being “indistinct.” The New York Times says she’s prone to “Bono-esque declarations” and that “her objectives have not been spelled out very clearly,” and even well-informed reviews of Kala seem perplexed: The Guardian gives her four out of five stars, but then fills paragraphs with sneering insults of M.I.A.’s “egocentric smugness,” “glib sloganeering,” and, most appallingly, compares her multiculturalism to “Angelina Jolie’s attitude towards starting a family… just order in the constituent bits from various far-flung corners of the world.” While these reviewers seem to say M.I.A. doesn’t really stand for anything, I think the opposite is true: as a mixed-culture “Other,” M.I.A. can’t help but stand for something, whether or not she even wants to. Her heritage is, in the context of 21st century America, inescapable. As both a London hipster and a dark-skinned third-world woman, she straddles our definitions and defies our conventions, just by virtue of her very existence. In that context, the fact that she approaches her music and visual art with an eclectic punk-rock playfulness and sarcasm, instead of an easily-pigeonholed cultural literalism, is in itself an almost unthinkably radical statement: the disenfranchised sampling themselves.

To again reference Christgau’s insightful Rolling Stone review, there’s a riot on Kala, and while he insists it isn’t dangerous, I’m not so sure. Our prejudices are strong, our arbitrary boundaries of race and gender are often all we’ve got, our visions of a world full of unwashed masses desperate for capitalism deeply entrenched. These city walls (as Bono might put it) don’t even get talked about much these days, in our desperate, fearful times, let alone scaled, or plastered with day-glow posters of the missing in action. Like a pirate broadcast, like a bomb thrown over the border, Kala proves that those of us inside the walls are the truly disenfranchised, and with that in mind, it’s hard to believe M.I.A. ever got that visa.