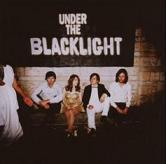 “Ambition,” said Oscar Wilde, “is the last refuge of failure,” although the Wilde I remember from the “Monty Python” sketch also said “your majesty is a big jam donut with cream on top,” so who knows what he was talking about. But in the world of indie rock, even a whiff of ambition can cause fainting spells, so Rilo Kiley must have known they were taking a risk on Under the Blacklight, out today on Warner Bros. It’s a fascinating album, but in a raunchy, funky, and yes, poppy (or populist) way, and judging by the “listeners also bought” section on their iTunes page (Camera Obscura, Tegan & Sara, Belle & Sebastian!), their fans may not follow along.

The LA foursome’s last album spawned an unlikely hit, the charming, countrified “Portions for Foxes,” in which lead singer Jenny Lewis insists she’s “bad news.” But even in that traditional-sounding song, there were hints of bawdiness: “The talking leads to touching/And the touching leads to sex/And then there is no mystery left.” The first single from Blacklight, “The Moneymaker,” takes that “sex” thing and runs with it, with a naughty soft-core video, but really, the lyrics are all about Rilo Kiley signing to a major label and working with Maroon 5’s producer: “You’ve got the moneymaker/This is your chance to make it.”

Musically, Blacklight is both more polished and more adventurous than their previous work, using all the conventions of pop—beats, synths, and sex—but challenging your notions of what they can do. “Breakin’ Up” is almost a disco number, with call-and-response background singers and a doodly keyboard solo, and “Dreamworld” is reminiscent enough of Fleetwood Mac to make magazines say that on their covers. Not all the tracks are this successful—”Give A Little Love” may be a parody of cheesy 80s ballads, or it may actually be one.

Listen to two tracks at their MySpace page.