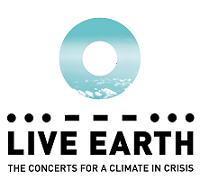 Live Earth, the 24-hour concert, part of a larger multi-year campaign called Save Our Selves — The Campaign for a Climate in Crisis (see video below), kicked off today on all seven continents across the globe. The event, organized by former U.S. Veep Al Gore and the Alliance for Climate Protection, features nearly 150 artists, including U2, Snoop Dogg, and Madonna, who play to trigger a “global movement to solve the climate crisis.”

But regardless of the star power, some are critical. Live Aid/Live 8 creator Bob Geldof says, “It’s just an enormous pop concert or the umpteenth time that, say, Madonna or Coldplay get up on stage.” Keith Farnish, a British environmentalist and the founder of the Earth Blog is “not sure events like this make a difference.”

Some are more harsh. Matt Helder, the drummer of Arctic Monkeys, a British Indie rock band, thinks the execution is hypocritical. “We’re using enough power for ten houses just for lighting,” he notes. This type of skepticism is being echoed by many, but Treehugger, an environmental blog that touts bringing sustainability to the mainstream, reports that steps have been made to make the concert greener and proceeds do go to create a foundation to combat global warming, which will be led by the Alliance for Climate Protection.

The concert does have its supporters (it is estimated that 2 billion people will be reached). Vocalist Patrick Stump of the alt rock band Fallout Boy is hopeful. “If we spread out the influence as much as we can and if we hit some people with some really big ideas, there might be a kid there that will totally eradicate fossil fuel.” And of course, Gore is a big, big fan. He says, “the task of saving the global environment is a task we should all approach with a sense of joy.”

We want to know what you think?