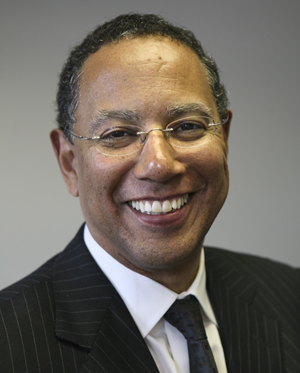 Dean Baquet could not have foreseen his ascension to journalistic martyrdom when he left his job as national editor of the New York Times to become the second in command at the Los Angeles Times in 2000. Lured by the paper’s well-regarded new editor, John Carroll, Baquet also admired what seemed a true commitment by the paper’s new parent corporation, the Chicago-based Tribune Co., to oomphing the Times‘ national profile. But six years later, Baquet, like Carroll before him, resigned rather than cut mission-critical staff to boost shareholder return.

At first it seemed Carroll and Baquet would preside over a real renaissance. The Los Angeles Times was already the fourth-biggest paper in the United States, and they upped its wattage considerably, adding big-name bylines like Kevin Sack and Sam Howe Verhovek. During their tenure, the Times won 13 Pulitzers, more than any other paper but the New York Times. Operating profits were exceptional (for any sort of business) at 20 percent.

So why is Baquet or, for that matter, Carroll or publisher Jeff Johnson no longer overseeing the paper? When Tribune Co.’s strategy of cross-media ownership failed to deliver the returns promised investors, it demanded ever deepening rounds of cuts from its various properties. “Wall Street is incredibly shortsighted,” says veteran newspaper analyst John Morton. “It doesn’t care what happens to a company 10 years out. It only cares what happens next quarter, which is unfortunate for papers like the Los Angeles Times.”

Instead of recognizing that the Times eclipsed the Chicago Tribune as the company’s marquee franchise, Tribune executives flogged it in a fashion that even Joan Crawford would have found excessive. Though Carroll eliminated more than 200 jobs during his five-year reign, the company that Joseph Medill built wanted more. By 2005, Carroll had had enough, and left for Harvard.

With Baquet’s ascension to top editor—the first African American to hold such a job at a top-tier daily—things only got worse. Baquet and Johnson, a Tribune lifer, slashed another $10 million in 2005. Unsatisfied with their returns, investors demanded that Tribune put itself up for sale, and more layoffs were demanded. By now the Times had cut 25 percent of its 2000 staff level, and the strain was beginning to show, particularly, says Baquet, in suburban coverage, especially the “O.C.,” where the Times faces stiff competition from the Orange County Register.

Last September, a group of Los Angeles power brokers that included the head of the Urban League and former secretary of state Warren Christopher wrote a letter to the Tribune Co. beseeching it to either reinvest in the Times or sell it to a company that would. Soon after, Baquet took the issue public when the Times broke the story that he and Johnson would no longer bend to Chicago’s will.

“It’s popular now to say, and some people at Tribune have said, it’s easy to confuse resources and quality,” Baquet adds. “That’s bullshit. It just is. If you made a list of the finest papers in the country, I promise you there would be a relationship between resources and quality. It’s illogical to assume otherwise, and newspapers that try to convince themselves otherwise are kidding themselves.”

But the Tribune Co. did not want to listen to a voice of reason, and by mid-November it had jettisoned both Baquet and Johnson, sending a bleak message to newsrooms across the country. If this could happen to a high-profile paper with such exceptional profit margins, what in God’s name will become of the Richmond Times-Dispatch?

And what of the true role of the Los Angeles Times, or any other paper—its central mission of public service? “We are not a regular business,” notes Baquet. “We insist that the mayor and governor meet us when we want to meet with them. We insist that the military let us travel with them; we insist that the president has press conferences. There aren’t a lot of companies that can make those kinds of demands of the government or even private business. In return we’re going to act a little bit like a public-service institution. We can’t pretend we’re like just another private business, because we’re not. We get too many benefits from government and have too much responsibility to act like Microsoft.”