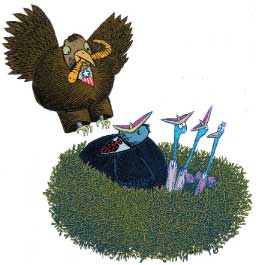 The rise of the Democrats brings some much-needed attention to the issue of income inequality, but while most observers focus on how income is distributed among people, it is also revealing to look at the distribution across places. This measure of income inequality, calculated using tax data recorded by county, actually declined quite sharply after 2000. Why? Because it tracks, with uncanny precision over more than 30 years, the nasdaq stock index. After declining in the early 1970s, both indices rose almost steadily until they reached an all-time peak in 2000; both fell thereafter.

In other words, income inequality in the United States has been driven by capital gains and stock options, mostly in the tech sector. This is what separates that mysterious top .01 of 1 percent from the rest of us: They’re the people who run Google, Oracle, and eBay.

County data confirm this: The big income winners in the late 1990s were concentrated in just four counties—Santa Clara, San Francisco, and San Mateo in California (all in the environs of Silicon Valley), and King County in Washington (Microsoft)—as well as in Manhattan, the home of the bankers who made it happen. Take the big tech counties out, and the rise in inequality between counties in the late 1990s disappears. And, of course, while these counties were big winners through 2000, they became the big losers in the Bush Bust.

Though the tech bust reduced inequality in America, it doesn’t follow that only rich places lost out, still less that only poorer places gained. In fact, there was one group of counties that did exceptionally well in the first four Bush years. Guess what? They’re concentrated around Washington, D.C. Of the top 10 gainers from 2000 to 2004, three are Washington neighbors (Fairfax, Montgomery, and Baltimore), and one is D.C. itself. Among the top 35 gainers, there are five more counties in the immediate vicinity. Conversely, none of the top 50 losers are near the capital.

This should remind us that the Democrats under Clinton fostered a private-sector investment boom, fueled by technological optimism and foreign money. In economic terms, Al Gore really did invent the Internet, in a way; his cheerleading (and Clinton’s, and Greenspan’s) steered money into that nascent boom. True, certain citizens got very, very rich. But the tech boom was also good for most of the rest of us: We had nearly full employment, rising wages and productivity, and little inflation; we also got a lot of fiber-optic cable, cheap phone calls, and fast video games.

Bush inherited a bust. He fought it by cutting taxes, with a strong tilt toward the rich; together with low interest rates, this fostered a vast housing boom, now deflating. Much of that housing was high-end, as any visitor to the posher suburbs can tell. And though it was stronger in some places than others, it was widely diffused. Was this the right use of resources? Not in my book. But all that construction did keep the economy going when it might otherwise have tanked.

Bush’s other big policy was to increase government spending, above all on the military. Who profits? Private contractors, consultants, Beltway bandits. And the epicenter was Washington and its suburbs, home to not only the Pentagon, the cia, and the National Security Agency but also, not coincidentally, defense contractors such as Lockheed Martin and General Dynamics.

Too bad for Bush: Most people don’t live in the Beltway Bubble—but they can easily see the gap that separates them from those who do. It paints a grim picture that, under Bush, the government and housing are the key growth sectors since 2000. It’s even worse that the capital region was the only major geographic center to show concentrated gains. Bush will go into history as a big-government president. Conservatives already know this, and the irony was not lost on them in the last election.

And now that Democrats have a voice, they ought to be asking: How can our policies help revive the private sector? How can we spread the growth and employment around? After the health care boom of the 1980s and the tech boom of the 1990s, after the war on terror and its military budgets, what’s the next big thing?

My candidate would be climate change, and the investments in infrastructure and energy required to control it. For there is one simple index that tells you pretty much everything you need to know. But it’s not an inequality measure. It’s the CO2 content of the atmosphere, and if you aren’t scared by that, you haven’t been paying attention.