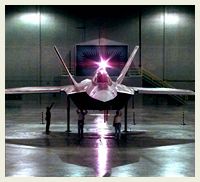 Within days of the Sept. 11 attacks on the Pentagon and the World Trade Center, Congress passed a $40 billion emergency spending package — half for reconstruction, half for combating terrorism. But the biggest beneficiaries of this generosity will not be the families of the victims or the communities that bore the brunt of the attacks: they will be giant weapons contractors like Raytheon and Lockheed Martin.

The Pentagon has asked to use the lion’s share of the $20 billion earmarked for the first stages of President Bush’s proposed war on terrorism. But that’s just the beginning.

Congress is also about to sign off on an $18.4 billion budget increase the Pentagon requested earlier this year, and to approve an additional appropriation of up to $25 billion. Christopher Hellman of the Center for Defense Information has suggested that military spending for fiscal 2002 could hit $375 billion, a $66-billion increase over 2001. Deputy Defense Secretary Paul Wolfowitz has stated that this year’s appropriations will be “just a down payment” toward the major, long-term increases the Pentagon will seek to fight its new kind of war.

It would be one thing if these massive sums were being carefully funneled into projects that can help reduce terrorism or punish those responsible for the recent attacks. But as one defense official told the industry journal Defense News, the new funds “will have nothing to do with rescue and emergency efforts [or] retaliation in response to the Sept. 11 attacks.” Instead, he noted, the money will go to the Pentagon’s “wish lists for things that we’ll have several years from now.”

Joseph Cirincione of the Carnegie Endowment for International Peace summed up the current politics of military spending in Washington when he wrote, in the Boston Globe, that “some are using the tragedy to justify their existing programs, slapping an ‘anti-terrorism’ label on missile defense and across-the-board budget increases.”

It’s certainly a good time to push for such programs. As Clinton administration budget official Gordon Adams, now at George Washington University, told the New York Times, “Capitol Hill is prepared to do whatever the Pentagon wants.”

In the short term, the Bush administration’s misguided missile defense scheme stands to gain the most from the new pro-military mood on Capitol Hill. Although the Sept. 11 attack underscored one of the central arguments made by missile defense’s critics — that the United States faces a more immediate threat from comparatively low-tech terrorist attacks than it does from long-range ballistic missiles — an initial $1.3 billion allocation sailed through Congress last week. The program’s cost could reach $240 billion over the next two decades.

Other likely beneficiaries of the new pro-military mood include programs like the scandal-plagued V-22 Osprey aircraft, which has been involved in crashes that have killed at least 30 US military personnel. The program is now likely to get a new lease on life with a little help from influential allies like Rep. Curt Weldon (R-Pa.). Weldon, whose district is home to a Boeing facility that builds V-22s, is likely to argue that its unique ability to fly like a plane or a helicopter will be ideal for getting into tight spots to search out terrorists’ hiding places.

Similarly, Lockheed Martin’s F-22, which at more than $200 million each is the most expensive fighter plane ever built, will be in a much stronger position to stave off future budget cuts if Congress continues to ramp up Pentagon spending. Reagan administration Pentagon official Lawrence J. Korb has pointed out that the plane is now obsolete, since it was designed to do battle with next-generation Soviet fighter aircraft that were never built. But that won’t stop the program’s allies in the Georgia and Texas delegations from pressing to keep the $70 billion, 295-aircraft project up and running.

The Crusader artillery system, built by United Defense in the district of House Republican Conference Chairman J.C. Watts (R-Okla.), is also likely to be shored up in the Pentagon’s new, cash-rich environment. The Crusader had been singled out for possible elimination by one of the panels involved in Secretary of Defense Donald Rumsfeld’s defense review on the grounds that it was too bulky to be easily transported to the most likely battlefields of the future. But with so much money now on the table for weapons, who needs to make choices?

Beyond the existing pet projects of key lawmakers, the Pentagon has its own shopping list of items for use in its nascent war on terrorism. In a Sept. 24 speech at the conservative Heritage Foundation, Pentagon Comptroller Dov Zakheim signaled his department’s intention to boost funding for a string of reconnaissance aircraft, missile-equipped submarines, and high-tech munitions.

Last but not least, look for Congressional advocates of Northrop Grumman’s B-2 Stealth bomber, like Norm Dicks (D-Wa.) and Randy “Duke” Cunningham (R-Calif.), to try and revive the program by seeking funding for up to 40 more of the aircraft, which can fly long-range missions from bases far from the theater of conflict. Costs for the B-2 have clocked in at more than $2 billion per plane.

In another move that will benefit major weapons manufacturers, the Bush administration is poised to accelerate weapons sales to the Middle East and South Asia, including pending deals to transfer Lockheed Martin F-16s to Oman and the United Arab Emirates; a sale of the Lockheed Martin Multiple Launch Rocket System (MLRS) to Egypt; and possible exports to Pakistan of spare parts for its F-16s, C-130 transport planes, and P-3 surveillance aircraft (all Lockheed Martin products). Just as his father did in the run-up to the 1991 Persian Gulf War, President Bush plans to swap arms sales for political and military support for his war on terrorism.

This avalanche of new weapons spending begs the broader question of whether large-scale military responses to terrorist violence are either appropriate or effective. As former Pentagon official Joseph Nye of the Kennedy School of Government at Harvard University has observed, “Suppressing terrorism is very different from a military campaign. It requires continuous, patient, undramatic civilian work and close cooperation with other countries.”

If runaway Pentagon spending isn’t headed off soon, the funds, energy, and attention needed for a more intelligent approach to preventing terrorism will be siphoned off into a narrowly focused military effort that is likely to do far more harm than good.