After the largest stink in boycott history in the late ’80s and early ’90s, major U.S. supermarket chains and tuna brands agreed to a strict standard, written by Earth Island Institute, for “dolphin-safe” tuna. But not The Kroger Co. of Cincinnati, Ohio — Kroger not only refuses to adopt the EII standard, it buys tuna from a Mexican cannery that also refuses the standard. Both Kroger and its supplier insist that the cannery only processes tuna that’s 100% dolphin-safe under federal law, caught by bait boats, not nets. But federal law is weaker than the EII standard — especially since President Clinton last week repealed the 1990 U.S. embargo of tuna caught in the eastern tropical Pacific, where most of the dolphin deaths occur. For that reason, EII is calling for a boycott of Kroger tuna to press the company to adopt the higher standard. “What do they have to fear by doing it?” asked EII’s Mark Berman. “There’s a lot of room for them to cheat, as far as we’re concerned. With this new law, they could start bringing in dolphin-unsafe tuna tomorrow.”

My Bologna Has a First Name, It’s Philip Morris Tobacco 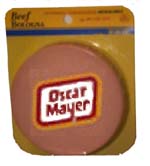 They seem wholesome as apple pie, but these food brands are all subsidiaries of tobacco giants Philip Morris and RJR Nabisco. In 1993 the corporate watchdog INFACT launched a boycott of all PM and RJR food brands to fight the two companies’ notorious youth-oriented tobacco marketing. “It’s not just smoker versus nonsmoker,” says Kathy Mulvey, executive director of INFACT. “All kinds of consumers can participate.” RJR shareholders have felt the boycott’s sting; last year a restless 38% voted to spin off the food division from the tobacco division, and stock analysts say the split would more than double the stock value of the food division. Also, the United Methodist Church urges that all Methodist agencies and institutions factor the tobacco marketing practices of Philip Morris and RJR Nabisco into their food purchasing decisions.

Nalgene or Tupperware? That’s right, campers: After you’ve burped for freshness, you may want to check where your water bottle’s been.