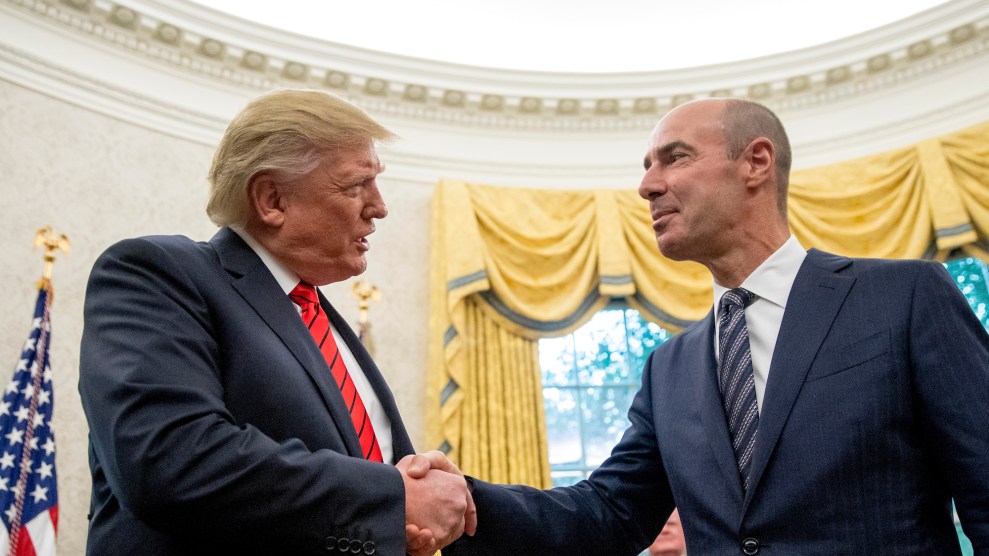 Back in 2019, when former President Donald Trump needed a new labor secretary, he reached into the powerhouse law firm Gibson, Dunn & Crutcher and plucked out management-side labor attorney Eugene Scalia, son of the late Supreme Court justice Antonin. Scalia ruled the Department of Labor during perhaps the most intense workplace-safety crisis in modern history: the COVID-19 pandemic’s first year. While the virus devastated frontline workers in meatpacking plants, farm fields, supermarkets, healthcare facilities, and restaurant kitchens, Scalia pursued the hands-off regulatory approach he and his father spent their careers promoting, opting for voluntary guidelines over temporary regulations to require social distancing and other protective measures.

His job done, Scalia is headed whence he came. Back at Gibson, Dunn & Crutcher, he’ll co-chair the firm’s Administrative Law and Regulatory Practice Group and be a senior member of its Labor and Employment Practice Group.

In its press release, the firm was not shy about touting Scalia’s experience on both sides of the revolving door between regulator and regulated in Washington, DC. “Gene is one of the few lawyers in the country who can claim success in challenging important federal regulations in private practice and crafting them from the ground up in government,” a Gibson Dunn exec boasted. Another added: “He is the only person who has served both as the Secretary of Labor and as Solicitor, the Department’s chief legal officer.”

That bit is a reference to Scalia’s previous Gibson-Dunn-to-DOL-and-back maneuver, executed back in 2002, when President George W. Bush named him labor solicitor. As I showed in this piece, that appointment came after Scalia had waged a ruthless and ultimately successful lobbying effort to crush a DOL program designed to regulate repetitive stress injuries in workplaces. The defeat of the ergonomics standard, as it was known, continues to haunt meatpacking workers to this day.

Scalia spent about a year at Bush’s labor department before heading straight back to Gibson, Dunn, where he would go on to represent a client list that included Goldman Sachs, Bank of America, Ford, Facebook, Delta Air Lines, Marriott, Juul Labs, UPS, Walmart, and, most infamously,  Sea World. (In 2013, that company contracted Scalia’s services to try and prevent the labor department from imposing stricter worker-safety rules at its spectacles, after one of its trainers had been killed by a whale.)

During his most recent stint at the labor department, Scalia served as a loyal Trump lieutenant, praising and defending the president’s handling of the pandemic. He enthusiastically participated in the White House celebration of the ascension of Amy Coney Barrett to the Supreme Court—a party Anthony Fauci later deemed a “superspreader event.” (Scalia’s wife, Patricia, who also attended, contracted the virus soon after.)

What some see as the stench of the Trump administration apparently smells like money in the Gibson, Dunn offices. Ken Doran, the firm’s chairman and managing partner, declared in a press release that Scalia’s service under Trump “affords him unmatched and invaluable insights.”