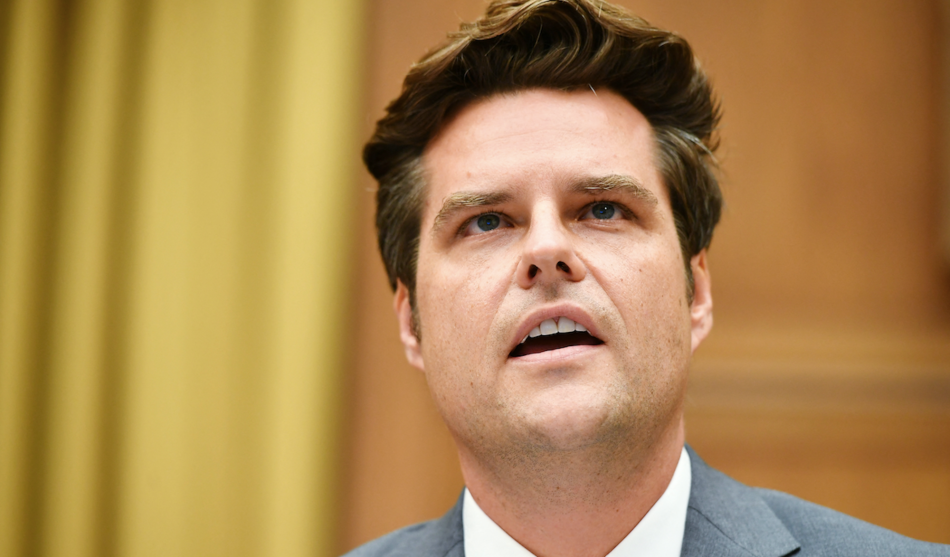 Rep. Matt Gaetz continues to defy the most basic tenets of a sound legal strategy by running his mouth after it was revealed that the feds are investigating his role in an alleged sex trafficking scheme involving a 17-year-old. Meanwhile, most Republicans have barely uttered a word.

While Gaetz has received words of support from Rep. Jim Jordan, the Ohio congressman who himself has been accused of ignoring sexual abuse during his tenure as a wrestling coach at Ohio State, and Rep. Marjorie Taylor Greene, the freshman congresswoman from Georgia who has relentlessly promoted racist, wildly untrue conspiracy theories—the broader silence is now speaking volumes. With few exceptions, Gaetz finds himself largely alone as he fights the biggest threat to a bombastic, attention-seeking political career that has left him with few solid allies within Congress. As one GOP staffer told The Daily Beast, “I don’t think you’ll find a lot of people who are desperate to keep him involved in Republican politics.”

But Gaetz’s lack of support is a minor issue when compared to the growing number of people who are willing to spill sordid new details about his creepy behavior. Multiple people told CNN for a Thursday report that in his two terms as a Florida congressman, Gaetz built a reputation for regularly bragging about his sexual affairs, even showing nude photos and videos of women he said he’d slept with to colleagues on the House floor. One such video reportedly depicted a naked woman using a hula hoop. (CNN doesn’t identify their sources’ political affiliations, but one could safely assume that Gaetz probably wasn’t showing off to his Democratic colleagues.) That comes as Politico reports that then-Attorney General Bill Barr, upon learning of the Justice Department probe into Gaetz last summer, deliberately avoided even being in the same room as Gaetz in order not to appear anywhere near him.

The CNN report came just ahead of another bombshell: a New York Times investigation into Gaetz’s use of Cash App and Apple Wallet that revealed Gaetz and Joel Greenberg, a Florida official who was indicted last year on sex trafficking charges, made payments to women the pair had recruited online. The women have said that the payments were made in exchange for sex. More from the Times:

In encounters during 2019 and 2020, Mr. Gaetz and Mr. Greenberg instructed the women to meet at certain times and places, often at hotels around Florida, and would tell them the amount of money they were willing to pay, according to the messages and interviews.

One person said that the men also paid in cash, sometimes withdrawn from a hotel ATM.

Some of the men and women took ecstasy, an illegal mood-altering drug, before having sex, including Mr. Gaetz, two people familiar with the encounters said.

Gaetz, who denies ever paying for sex, is still loudly declaring that he and his family are the victims of an elaborate extortion scheme. Gaetz’s biggest achievement in Congress had been to fashion himself as an outspoken and bullying Trump defender and protege. The former president’s silence now suggests that the relationship only goes one way.