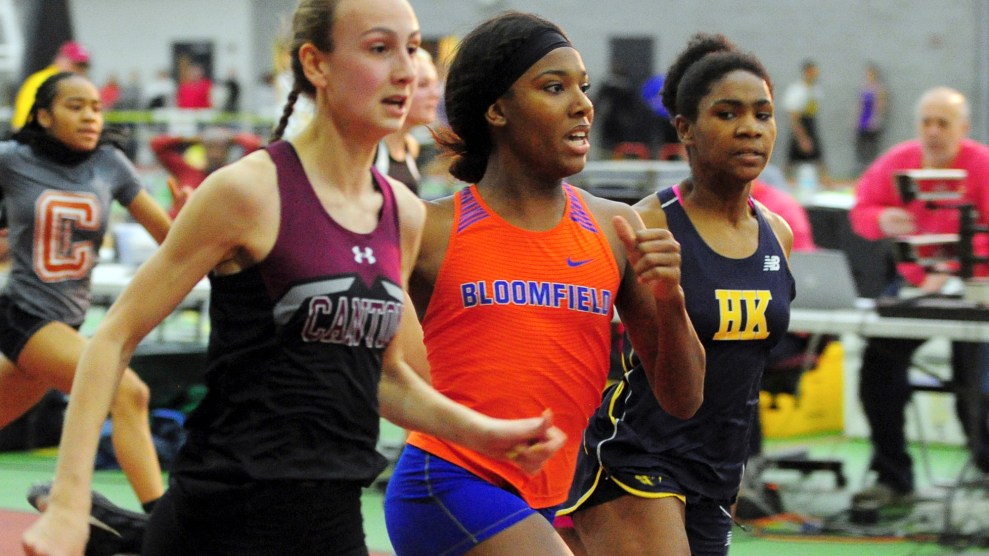 Mississippi legislators on Wednesday sent a bill to the governor’s desk that would bar trans girls from playing on girls sports teams. If Gov. Tate Reeves signs the bill, Mississippi would be the only state in the country with such a ban in effect, though 25 other states are considering similar legislation.

Though the Mississippi proposal isn’t explicit about how it’d be enforced, other states’ bills call for athletes to undergo blood tests and examinations of primary and secondary sexual organs to prove they belong on the women’s team. Not only is this discriminatory against trans athletes, advocates say it could lead to invasive genital exams being forced upon any female athlete who doesn’t look “feminine” enough.

Gillian Branstetter, media manager for the National Women’s Law Center, says cisgender women with naturally higher testosterone levels could be targeted (case in point: Caster Semenya). Tall women could be targeted. Black and Brown women who don’t fall within the western aesthetic of femininity could be targeted. “It’s all in the name of hurting trans people for a perceived political gain,” Branstetter says. But “there is no crisis that these bills are seeking to address.”

Proponents of these bills—namely Republican lawmakers and advocacy groups like the Alliance Defending Freedom—argue that trans girls are likely to be stronger or faster than their cisgender peers. A study published in the British Journal of Sports Medicine in December found that, among elite athletes, trans women maintain an athletic edge for up to two years after medically transitioning. But the study’s author, a pediatrician from Missouri named Dr. Timothy Roberts, is the first to say lawmakers shouldn’t use his study to justify bullying trans kids.

But science aside, the Mississippi bill is entirely hypothetical: There is no evidence that cisgender girls in Mississippi are facing obstacles in sports due to the presence of trans athletes. In fact, the lawmakers that are sounding the alarm on the issue don’t appear to have any idea how many trans student athletes are competing in the state. The Associated Press recently reached out to two dozen lawmakers across the country who had sponsored similar bills and found that, of those who responded to their query, the vast majority couldn’t cite a single example of a trans girl causing problems in women’s athletics. From the AP:

[Lawmakers] in places like Mississippi and Montana largely brushed aside the question or pointed to a pair of runners in Connecticut. Between 2017 and 2019, transgender sprinters Terry Miller and Andraya Yearwood combined to win 15 championship races, prompting a lawsuit.

Supporters of transgender rights say the Connecticut case gets so much attention from conservatives because it’s the only example of its kind.

Cathryn Oakley, the Human Rights Campaign’s state legislative director and senior counsel, says these bills are really about one thing: hate. “These bills are about discrimination, that is all that they are about,” she says. “They are not about addressing a real problem. They are not about trying to create a real solution. What they are doing is creating a problem and harming trans kids in the process.”