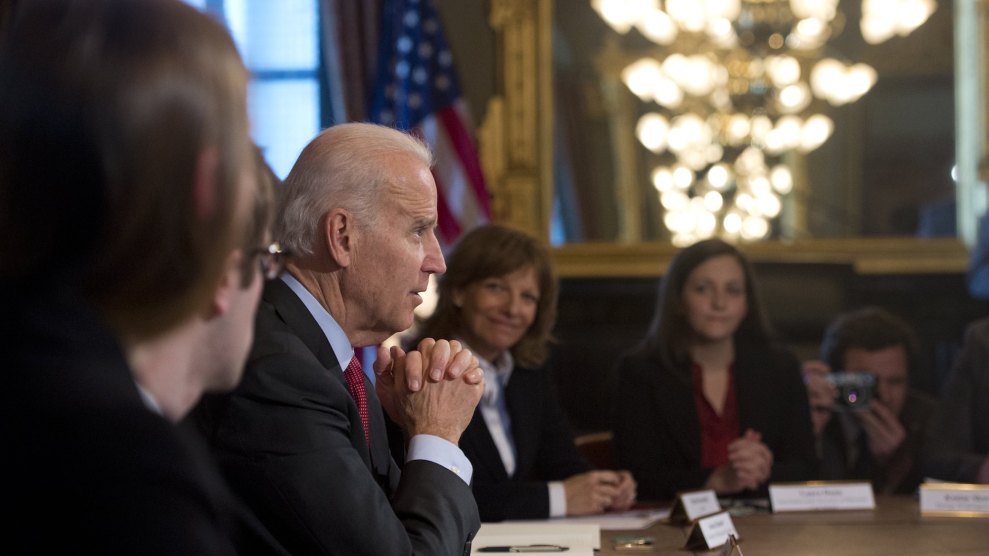 President Joe Biden has taken the first step toward dismantling former Education Secretary Betsy DeVos’ controversial overhaul of federal rules for how schools should handle allegations of sexual violence and harassment, issuing an executive order on Monday morning that lays the groundwork for newly confirmed Education Secretary Miguel Cardona to roll back the Trump administration’s actions.

The executive order specifically calls out DeVos’ Title IX regulations, which took effect last August, to be reviewed for potential suspension, revision, or rescission. It also directs Cardonas and the attorney general to review any regulations, policies, and agency actions that that might run counter to the goal of eliminating sex discrimination in schools—including discrimination on the basis of gender identity or sexual orientation—within the next 100 days.

In 2011, the Obama administration had issued Title IX guidance that expanded protections for student survivors who reported assault or harassment to their schools. During her tenure, DeVos rolled back the Obama-era guidance and issued new rules, which she portrayed as a way of making school discipline fairer by expanding the due process rights of students accused of sexual misconduct. Her changes were celebrated by Republicans as well as organizations promoting men’s rights or free speech, which had claimed men accused of sexual misconduct were frequently railroaded in anti-male “kangaroo courts.” (Men’s rights activists had a hand in drafting DeVos’ regulations, an investigation by the Nation revealed last year.)

Student sexual assault survivors say DeVos’ actions have pushed them into courtroom-like campus hearings and narrowed schools’ responsibility to respond to their reports. Women’s rights and anti-rape advocacy groups have fiercely opposed the regulations, organizing campaigns and filing federal lawsuits that argue the rules actually promote discrimination and violate the spirit of Title IX. They were joined by more than a dozen attorneys general who sued the Education Department before the DeVos’ rule took effect. Last week, more than 100 members of the House of Representatives sent a letter to Cardona urging him to work with the Department of Justice to put the DeVos rule on hold because of the pending lawsuits.

“The policy of this administration is that every individual, every student, is entitled to a fair education, free of sexual violence, and that all involved have access to a fair process,” Jennifer Klein, the co-chair of Biden’s newly established Gender Policy Council, said during a press briefing on Monday. “I don’t think there’s anything wrong with the notion that everybody involved, accused or accuser, should have a fair and full process. That’s exactly what the policy of this administration is, and the secretary of education will look at the regulations with that in mind.”

“Sexual harassment and assault have no place in our schools, yet Betsy DeVos created a double standard that allows schools to ignore reports of harassment based on sex where similar reports based on race, national origin, or religion would require an appropriate response,” said Ria Tabacco Mar, director of the ACLU’s Women’s Rights Project, in a statement on Monday. “While the DeVos rule included important provisions to promote fairness of disciplinary procedures, it offered no justification for imposing a double standard. We urge the Department of Education to withdraw Besty DeVos’ damaging double standard and replace it with stronger protections against sexual harassment and ensure fair processes for all students.”

For the last four years, student survivors have watched as the federal government did everything in their power to roll back our right to an education free from violence.

Today is the first step to undoing the harm of the Betsy DeVos' attacks on student survivors.

Major #TitleIX news! And it’s the first in a series of measures to undue the harm of the previous administration on college campuses.

Students have a right to an education free of sexual violence. #ItsOnUs, all of us, including the Education Department.https://t.co/cedaGhWMNG

GOOD NEWS: President Biden will sign a new executive order that will review changes made to Title IX by the Trump administration. This is an important win towards undoing the harm that Betsy DeVos has done to student survivors. https://t.co/tDO9MV6DrQ

During his presidential campaign, Biden had promised a “quick end” to the Trump administration’s Title IX rule. But changing the regulation will be an arduous and complicated process, because DeVos issued it using a formal rule-making procedure. Even if the Biden administration puts the regulation on hold, it will still need to use the same lengthy, formal procedure to rescind it. Otherwise, a federal judge could potentially order it to be enforced again.

In a second executive order issued on Monday, Biden also established a Gender Policy Council to shape domestic and foreign policy. According to the New York Times, the council’s work is expected to be wide-ranging, working with nearly every cabinet secretary and touching on issues like women’s economic security, racial equity, and health care. Along with Klein, a longtime gender policy expert and the chief policy and strategy officer at Time’s Up, the council will be co-chaired by Julissa Reynoso, Jill Biden’s chief of staff.

“This is not just a council,” Klein told the Times. “It’s a plan to take a governmentwide approach to gender equity and equality.”