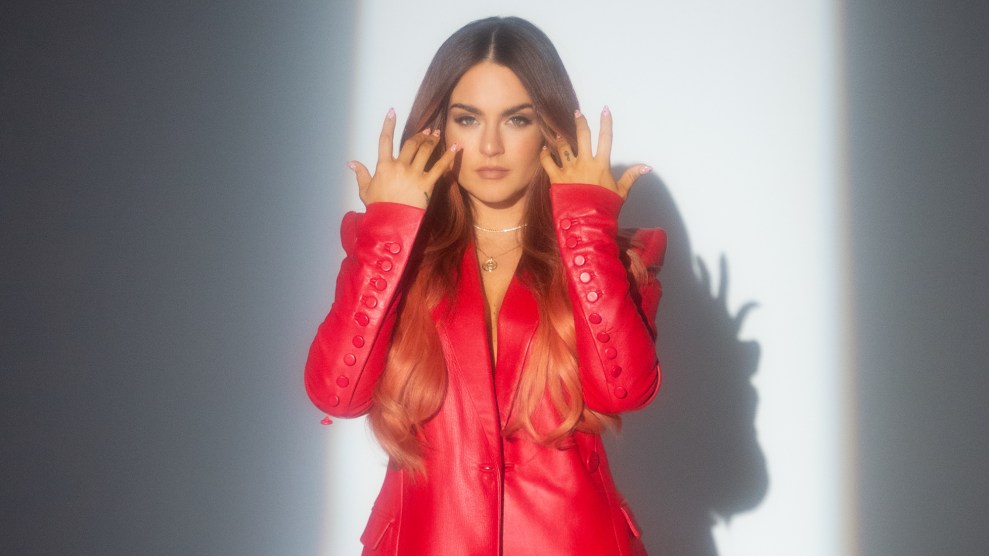 Joanna Levesque was just 13 years old when she became the youngest artist to reach the number one spot on the Billboard pop charts.

Joanna became JoJo, teen popstar. Her eponymous first album debuted to commercial success. She followed up with another chart-topping single, “Too Little, Too Late.” And then she dropped her sophomore album The High Road, which sold over 500,000 copies in its first week and landed at number three on the Billboard 200. She was, by then, 15.

Soon after, her label Blackground fell apart. When JoJo first signed, she was locked into a multi-album deal. But after The High Road, she turned in music that went unreleased. Without her record label seeing issuing the music, she technically was not meeting the requirements of her contract. JoJo ended up in legal limbo. Blackground lost their distribution and “were no longer a functioning record label,” she explains. “But they wouldn’t let me go.”

For ten years she wouldn’t release an album, only offering fans a few new bits of music she could squeeze through the cracks here and there. Then, in 2016 she returned with Mad Love. And in 2018, she made the decision to rerecord her first two albums “out of absolute necessity.” Blackground hasn’t released much of their music to streaming, which is why you won’t find some of Aaliyah, Timbaland, and Toni Braxton’s work on the apps. “Not only was I missing out on serious money, but so were the producers and writers behind the songs,” she says.

We recently caught up via video chat to talk about her experience in the music industry, advice for Taylor Swift, and what’s on the list to tackle in the coming year.

First thing’s first: How’re you feeling about the election?

I’m relieved that Trump is about to be out of office. That was four years too long. But just because the result that I wanted did come to fruition, it’s still going to be a really, really uphill climb.

You actually did work with the Biden/Harris team pre-election. You sang their official campaign anthem, which was written by Diane Warren. Why was that important for you to do?

Being so anti-Trump, I wanted to lend my voice. I’m a singer. I had had the opportunity and never really considered myself political before, but I realized that lives hang in the balance of political decisions.

How was it working with Diane Warren for that song?

I’ve worked with her on and off since my second album—actually, she wrote a couple of songs for that! She’s a total character. Always calling me the C-word. And I just love working with her because she has the audacity to have the audacity of belief. She can really teach us all some type of lesson in belief—that over everything. And that’s a really inspiring thing to see. Especially for a woman.

You’ve had quite a career arc. You’ve been around for almost two decades now, and you’re not even thirty. But you’ve had some pretty high highs and some pretty low lows. What happened after you dropped those first albums when you were a teenager?

I recorded my first album at 12, which was a trip; I put out the first single when I was 13. The single went number one on the Billboard pop charts. And I was the youngest solo artist to do that, which didn’t really register with me until I was older. I was embarrassed to be so young. I was so young, I just wanted to be grown immediately. Then I was going to wait until I was 18 to put out the third album. But by that time, I started having issues with the record label that I was signed to, and they lost their distribution, they were no longer functioning record label. But they wouldn’t let me go. And I got caught up in that.

I filed my first lawsuit at 18. Then another one again, at like 22, I think I got out of it finally at 24. And there was definitely a moment in time where I was told, just explicitly, you’ll never get out of this contract, you don’t own your voice, you need to figure out something to do other than music because you won’t be able to move forward in your career because they won’t let you go.

That’s a lot to take upon yourself.

And this was all going on while you were a teenager. This history with the music industry, the way you talk about your label fucking you over. You really fell to the whims of the industry.

The thing is, at this point, I don’t think of it as my record label fucking me over. I believe that everybody does what they think is best for them. I’ll never really understand why they thought that was best for them. But it’s beyond me. More than anything, it’s unfortunate that it had to happen that way. It just a strange way to spend your time, to hold somebody back.

It sounds like you’ve put in a lot of work to reach that viewpoint.

I’d be saltier if I hadn’t experienced success afterward. But this chapter of my life is really satisfying. And is really exciting. And I really do feel on some Frank Sinatra shit, like the best is yet to come. I really do. As long as I’m connected to what’s true for me, I’m just scratching the surface of getting back to that that pure joy that I had as a kid when it was just about singing and performing.

This situation you went through reminds me a lot of what is going on with Taylor Swift and her old record company, Big Machine. Are you familiar with what’s going on?

I’m not familiar with the latest!

Awhile ago Scooter Braun purchased Swift’s former label Big Machine, and in doing so, all her master recordings. He just recently sold those masters to some investors. She says they never even give her a chance to make a move on these recordings. All these years later, what’s it like to see something similar happen to another musician?

Because making music is such an emotional thing, it’s easy to forget that the music industry is a business. It’s very transactional. And that can be really hurtful when this is your life’s work. Fairness is not always top of people’s minds, or doing, what we perceive to be, the right thing. And I know firsthand the feeling of not being able to make decisions about your own creations, about what comes from your body, in your brain. It’s a mindfuck.

Taylor is an extremely brilliant woman and has done amazing things in her career and other people’s career. It’s a different situation with her, but the route is the same, which is, it feels wrong to not have ownership over your creations. My hope is that other young women will not have to go through something like that.

How does the pain you feel from this play a role in your music?

Pain has fueled me. There could be anger, but at the root of it is also pain or frustration, but then it’s really pain. Even the pain of losing my father—you work with what you got. If you got pain, work with it.